Two superstars from different cinemas came together for an epic night and one can't wait to watch what unfolded next! Just last week, it was revealed that Tamil superstar Kamal Haasan and his Vishwaroopam 2 co-star Pooja Kumar will be coming together to promote their film on the sets of Salman Khan's Dus Ka Dum. The episode featuring Salman Khan and Kamal Haasan was shot on July 16. 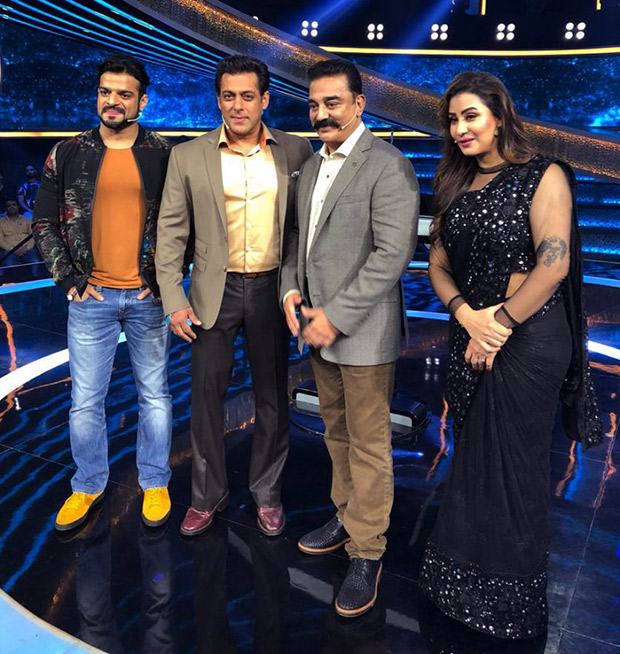 Kamal Haasan shared a lovely picture with Salman Khan. Salman recently returned from his US and Canada tour after his 15 days international concerts under the name DaBangg Reloaded. They looked dapper in their suits before they filmed the episode. Kamal captioned the picture, "Bhai ho toh aisa @beingsalmankhan happy to meet you after so long." 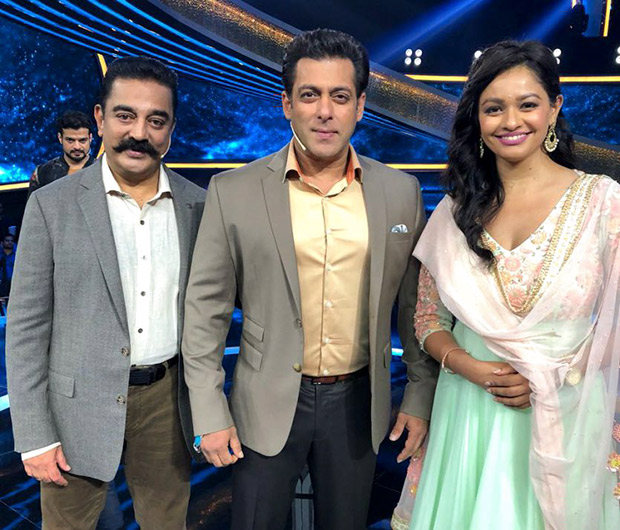 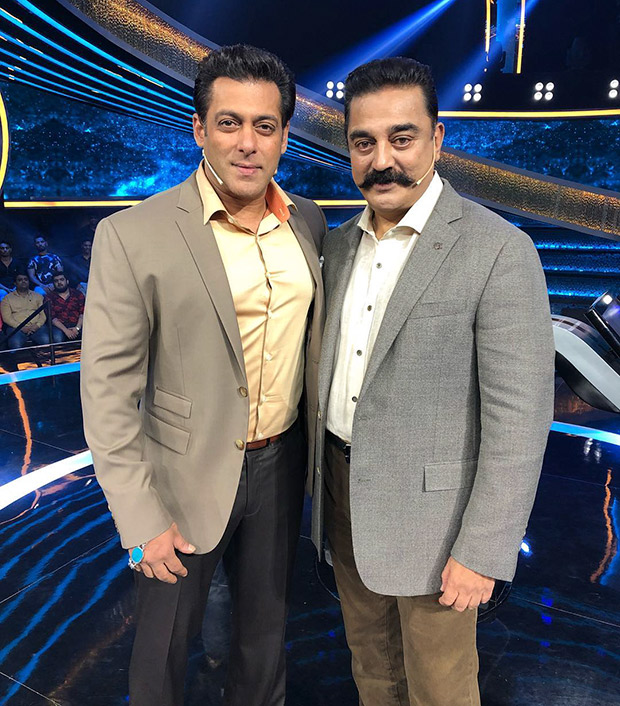 After returning to Mumbai, Salman Khan straight away went back to work to shoot for Dus Ka Dum episodes. As it turns out, instead of aam janta aka commoners, many celebrities from different sectors filmed for the upcoming episodes. Due to a lukewarm response on weekdays, the show has been moved to weekends with a new name - Dus Ka Dumdaar Weekend. The show that wanted only commoners to be as participants will now have celebs has well on the show.

Also Read: Wow! Kamal Haasan and Salman Khan to share screen space for the first time and here is what it is all about