Alia Bhatt will next be seen in the pan-India magnum opus RRR directed by SS Rajamouli. The trailer of the film was released earlier today. Post the trailer release, the team of RRR including SS Rajamouli, Jr NTR, Alia Bhatt, and Ajay Devgn spoke about the film and interacted with the press at a grand event in Mumbai. 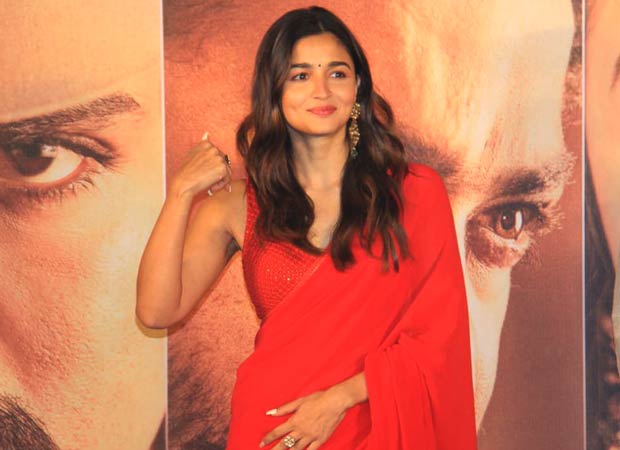 Alia Bhatt looked every bit gorgeous as she graced the event in a red saree. At the event, Alia was asked about the importance of the letter R in her life. Alia blushed and laughed at the question and went on to say, "I am stumped. Mere paas jawab hi nahi. I am trying to be intelligent.”

“R is a lovely alphabet but so is A,” she added receiving a loud cheer and applause for her answer.

For the unversed, Alia Bhatt is dating actor Ranbir Kapoor and the rumors of the two tying the knot soon have been doing the rounds for quite some time. The two will be seen in the film Brahmastra which is expected to be released in September next year.

Meanwhile, talking about playing Sita in RRR, Alia said, “I was very excited and nervous when I was offered the role of Sita. I was more nervous because of the language. I had learnt the lines by heart. I wanted to make sure I say those lines well and take proper pauses. But once I was on set, Rajamouli sir had kept everything ready. And made it very smooth for me. By the end of it, I was sad that it was over. Hopefully, there will be more films with him in the future.”