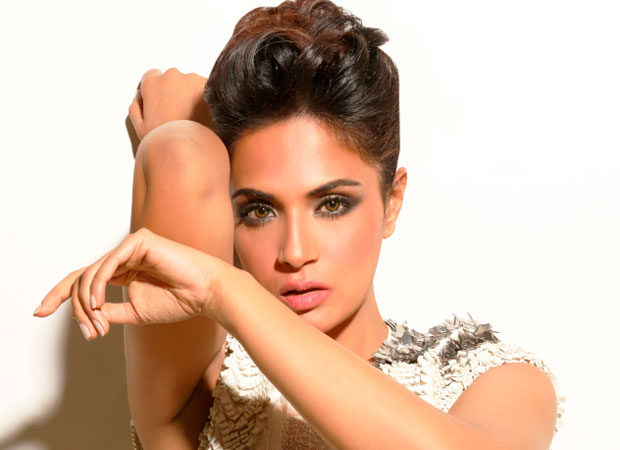 After several sexual harassment cases that came into light post the Harvey Weinstein controversy, it further fueled up a new campaign on social media #MeToo. With several men and women coming forward by using this hashtag to report and talk about the various cases of assault and harassment they have faced, joining them were also many celebrities.

Among the series of actors and actresses in B-town who have been extending their support to the campaign, an actress who decided to raise her voice and speak wholeheartedly on the issue was Richa Chadha. While she has never shied away from standing up for causes related to gender discrimination, this time around Richa decided to write a blog piece tracing the current situation of the country and its growing unsafe environment for women. Here is the blog piece written by the actress:

Hashtags are the new war-zones. For the past two weeks I have been interacting with the Press a lot due to promotional activities for an upcoming film. Nowadays actors get asked to comment on subjects they may know too little about, like the projected fourth quarter growth of our economy. But over the past five days my inbox has been flooded with questions about the #MeToo campaign or about the Harvey Weinsteins in B-town. Sadly, that’s something all girls would know about.

For a country where violence against the girl child starts in the womb, I am surprised at the number of people surprised at the enormity of the #MeToo campaign. Unless you have been in hibernation in the Himalayan caves for the past millennium, there’s no way you would not know that sexual assault- verbal or visual, and gender violence are the rites of passage for the average Indian girl.

As children, we learn the ‘good and bad touch’ with first-hand experience unfortunately and not through a sex-education class. Sex education is a luxury in a country where education itself is a privilege. The disparity between the education, health and mortality ratio between men and women is huge. Again, what can one expect when the gender ratio itself is a 1000 men for every 940 of women in India, as per the 2011 census.

Rape is defined as ‘izzat lootna’ in Hindustani, or robbing one’s dignity. In whatever form one is assaulted, what do you think happens when prejudice like this exists in society - does it get easier or more difficult to report a gender crime?

This piece is littered with trick questions.

When our leaders ask these questions, the media plays them on a loop and people listen.

Do folks that pose questions such as these ever read the paper? Do they know that infants are raped in India, as are grandmothers? Pre-teen girls are molested, as are women covered from head to toe in a burqa.

We are afflicted with a sickness that’s a larger problem than patriarchy. A sickness borne out of perverse conditioning, struggle for power and viewing the woman as a thing to be abused and disposed. There exist tips on how to deal with ongoing rape. If this doesn’t reflect the horrific state of affairs, what does?

Here’s one for instance - they may let you live if you don't protest violently. Case in point ‘Nirbhaya’ whose intestines were pulled out of her body after a gangrape. To check, one would have to speak to rape survivors like the girl 5 year old girl with a slit throat left on the highway for dead. Or shall we ask the young girls hanging from a tree in U.P ?

When someone does live to tell the tale, its their image that’s blurred and identity protected. Not surprising, given the burden of shame society bestows. 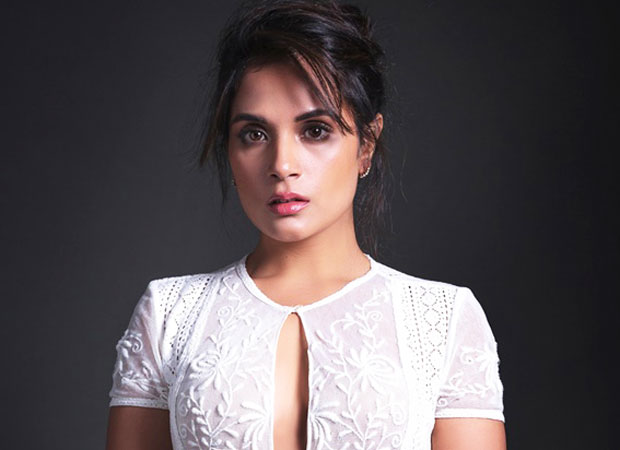 Why not shame the oppressor? Should he be behind bars or ever get a job again? Should he be allowed to function normally in society after paying off settlements? And again how about the very investigation of rape? In this prevalent culture of victim shaming, does it get easy or more painful to report a gender crime?

The navratras are a special time in the culture of our great country. Navratras also bring with them, the glorious garba in Gujarat and the Durga Pujo in Bengal. It is a sacred time when the Goddess is worshipped all over the country, in myriad forms and traditions.

Growing up in Delhi, I have fond memories of ‘kanjakein’ or Ashtami. It’s a day when pre-pubescent girls are worshipped symbolically as Goddess Laxmi. I would cherish this day, awaiting the vast number of pencil boxes with 5-Star chocolates inside, hairbands and other knick-knacks that I’d receive along some great food from neighbours and relatives. Coins would jingle in our pockets as we sprinted home. The navratras make me feel proud of belonging to a tradition that acknowledges, reveres, worships and in fact CELEBRATES the feminine.

I was raised to feel equal, even special on some days. Then I grew up.

This year the onset of navratras was marked by women protesting sexual harassment in the BHU campus. (Just like girls in Haryana who said they couldn't walk to school because they were harassed every-day, which explains the dropout rate). The protests turned violent, there was arson, the VC blamed the women who were beaten and a thousand have FIRs to their name.

The BHU issue was politicised , as I am sure some will this blog, as is practically all else these days including songs, students, movies, academicians, the army, language, awards, monuments, currency, cricket, tax, TV journalists-that-are-closet-actors, food, and even colour.

Are you a #Hindu? Did you pray to your Devi Ma these navratras? How are you not offended by atrocities committed every minute against women?

The denial of the ‘feminine’ could cost us our progeny. The mother gives life. Mother Earth, Mother Nature…et al. What have we done to it? Food for thought.

Women in fact have to face a double whammy and become targets of the worst caste and religious atrocities. What’s a few gang rapes when it comes to settling scores?

We live in a nation where women have to fight- to be born, then educated, then marry when and who they want, to have children or not to in most cases, while doing almost all of the house-work. Women work post-marriage if they are ‘allowed’ to by their in-laws and husbands. Women who work outside the home have to carefully decide what they will wear keeping in mind their occupation, (traditional and covered options safest), mode of transport (public transport means avoid sleeveless, wear higher necklines, longer bottoms unless you want to be asking for it…actually whatever you wear, you are asking for it) and what time they will return home (always preferably before sunset). Private transport? You can be followed or worse.

These observations are specific to class, but virtually every decision taken by the woman is dependent on the male.

Hell, I’d like to be born a man to simply feel free of all this cumbersome responsibility. I could say, do and be whatever I want. I could take a bike ride late in the night without being a bait, stand and smoke under a tree with my buddies, loiter and laugh loudly, even pee in the open, use cuss words with abandon, walk tall without a book across my chest, man-spread, be whatever version of myself I want to be.

Boys will be boys. Cute. 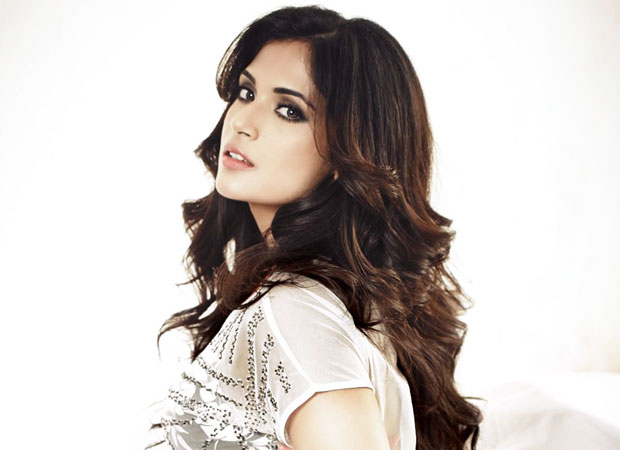 When will they grow up? What happens if they never do?

If half of the population is hugely disadvantaged one way or another, how will India EVER be a superpower?

Are you an #Indian? How are you not worried?

Dear all, don’t blame ‘Bollywood’. That is too simplistic a deduction. In the Mahabharata, Draupadi was traded as property in gambling and Goddess Sita was abducted by another man in the Ramayana, (assuming you think of mythology and history in the same way), which was before the advent of films. ‘Bollywood’ hasn't invented rape, torture, stalking and assault. This also happens in countries where there is no film industry. ‘Bollywood’ is not blame-less either. Films reflect the reality of society and also shape popular culture. But my colleagues are taking charge of the narrative. Our content is evolving a little every year which is more than what I can say for most.

Don't say I have a film releasing in a week, hence this is for publicity. The people this blog will resonate with are hardly a first-day-first-show kind.

Also, it would only serve to highlight the point I put across. Misogyny is to society what nitrogen dioxide is to the air we breathe - no matter what we do, we ingest a little.

Don't say I omit my privilege. It’s from that vantage point that I use my voice to reflect. (But also, how can one know conclusively of another’s life and struggle?)

Don't say ‘ghar pe ma-behen nahi hai kya’. Don't say change is necessary because you have a daughter to raise. Don't exclude your complicity. Don't absolve your responsibility. Don’t ask women to share their horror stories so some experience them vicariously. Don’t do it for female relatives, mothers, sisters and friends. Do it for you. Because the survival of the species depends on both the male and the female. Because in the end we all belong to each other.

Dear Fourth Estate, if you truly care, encourage and create a safe atmosphere where open discussion is possible, where people can share their experiences with dignity and without being judged. Please don't jump on to a trending topic. For every woman who speaks up, there’s several that don’t or can’t. You’d be doing all of society a huge favour.

Dear legislative bodies, please check for rapists in your midst?

Dear Judiciary, marital rape is rape. And victims shouldn’t be asked to marry their rapists. Also, please hurry. A woman is raped every twenty minutes in this country, and that’s just those that have the courage and means to report the crime.

In addition to the omnipresent everyday sexism, experiencing first-hand sexual assault is the tax women have had to pay for centuries to live in India.

Should it be this way? Shouldn’t we all be ashamed?

I agree with #NOTALLMEN. Surely, not all men are the problem here, many are part of the solution. That’s what keeps the world going. There are patriarchal women that participate in their own subjugation and feminist men who point it out.

Not all men, but #ALLWOMEN I know have experienced gender violence or molestation one way or another. This shouldn’t it be the only way of life women know.

Are you human and hence born from a woman? How are you not embarrassed ?

This is not a problem, it’s an unfolding tragedy and an everlasting nightmare.

“May you burn in your own stew,” writes…

Niti Taylor opens up about being harassed…