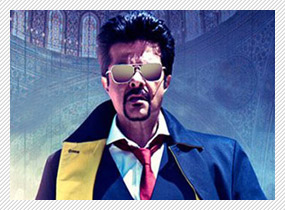 More than four years back when Race had released, other than the thrilling elements and the kind of twists and turns that were brought into the proceedings every 30 minutes, what was most loved about the film was Anil Kapoor's cheeky act. As a detective who was seen in a forever jolly mood, he was also shown to be in love with his fruits. Now in the film's sequel, that trait is continuing along with his characterization.

"Yes, Anil Kapoor is returning as Inspector Robert D'Costa (RD). Race 2 is a true blue sequel instead of being just a franchise. Each of the characters is pretty much starting from where they left. Same holds true for Anil Kapoor. He gets involved in the life of Saif Ali Khan all over again even though they had parted ways in the first part. In the middle of this all, his love for fruits hasn't disappeared. He still solves his cases with fruits as his steady companion", informs a source.

Moreover, there were quite a few naughty dialogues that Kapoor Sr. had indulged in Race when it came to references towards fruits. In fact Sameera Reddy, who played his rather dumb associate quite well, was a butt of most of his jokes then. While one waits to see if Ameesha Patel finds herself in a similar spot for the sequel, the writers have made sure that Anil Kapoor has some interesting dialogues to mouth all over again with fruits taking centre stage.

When contacted, a source close to Anil Kapoor confirmed the piece of news. He said, "Yes, the fruit element is still there. The only thing that has changed is that as RD, he is much richer than ever before. Remember the booty that he had split with Saif towards Race climax?"