Last month, Sushant Singh Rajput and Rhea Chakraborty had shared photos from their Ladakh trip on their respective social media handles that fueled rumours that the two of them have gone on the holiday together. It seems that, of late, many reports have been speculating that the two actors are in a relationship even though neither of the actors has spoken about it. Adding to it, a recent photo shared by Sushant on Rhea’s birthday has been grabbing attention. 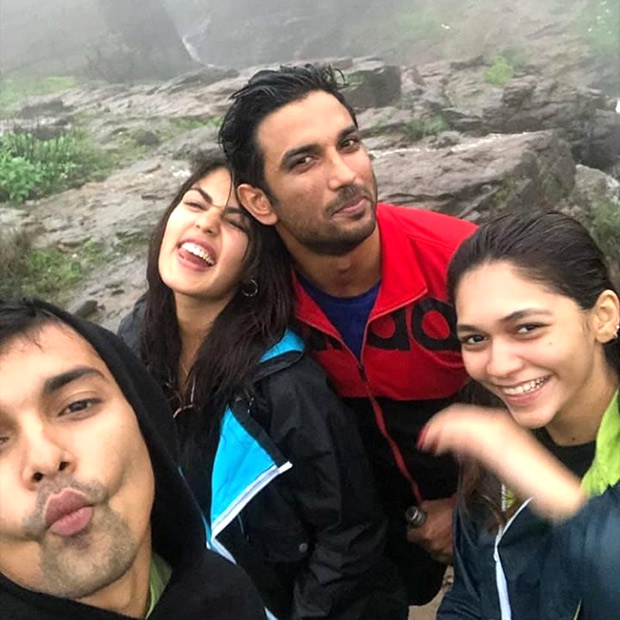 Amidst many from the industry who recently took to Instagram to wish Rhea Chakraborty on her birthday, one amongst them was Sushant Singh Rajput. The actor posted this adorable photo of Rhea and him enjoying the monsoons along with a couple of friends and also shared his birthday wish. Needless to say, considering the ongoing rumours, the photo has become the talk of the town.

Earlier during their Ladakh trip, there were many photos of the two actors which were quite similar and they were in the mountain region around the same time. Although they didn’t share any photos together, the similarity of the location and other coincidences prompted rumours of them taking on a holiday together.

Coming to Rhea Chakraborty’s birthday celebrations, the actress cut a lovely chocolate cake amidst fireworks. While we did get a peek at the celebrations, we hardly could catch a glimpse of anyone around! Here’s a look at the cake cutting video shared by Rhea on Instagram:

On the work front, Sushant Singh Rajput is gearing up for Chhichhore with Shraddha Kapoor. The actor’s film with Jacqueline Fernandez, Drive is yet in the pipeline and the release date for the same is yet to be finalized.