While he has always been quite expressive on social media, a recent Twitter banter of Bollywood megastar Amitabh Bachchan has grabbed ample attention recently. And considering that it is with the CEO of the conglomerate Mahindra Group, it has become quite the headlines. As we discuss the various economic changes of the budget, in a recent post, business magnate Anand Mahindra referred to it as ‘Big B’ and apologized for using it, since the epithet is associated with Amitabh Bachchan. On the other hand, the Bollywood actor took no offence to it and in fact, he took his in his stride as he responded to the post. 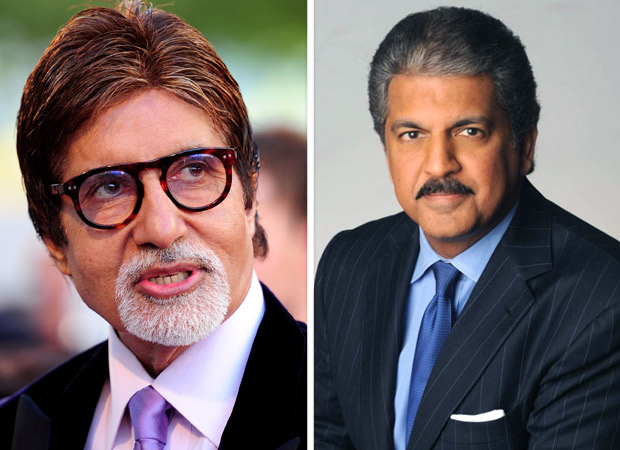 In the post shared by Anand Mahindra, he had said, ‘With due apologies to @SrBachchan there is only one ‘Big B’ this week...and that’s the Big Budget...” On the other hand, Amitabh Bachchan dismissed it calling it as an epithet coined by the media and also added that people would rather subscribe to the Big B that Mahindra is referring to. He said, “HAHAHA .. @anandmahindra  .. 'BIG B' is a media created epithet, one that I have never subscribed to.. the 'BIG B' this week that you mention, will create media .. that many shall subscribe to.”

With due apologies to @SrBachchan there is only one ‘Big B’ this week...and that’s the Big Budget... https://t.co/DUD6oYTHw8

Well, needless to say, his response was followed by fans showering praises on the actor for his sense of humour.

On the film front, Amitabh Bachchan will next be seen in a variety of films including Jhund by Nagraj Manjule, Brahmastra starring Ranbir Kapoor and Alia Bhatt, his South debut that will also be made in Hindi – Tera Yaar Hoon Main, Shoojit Sircar’s Gulabo Sitabo, Aankhen 2 amongst others.

Also Read: Shweta Bachchan comments on this throwback photo shared by her father Amitabh Bachchan and here’s what she has to say!