We all know that Ram Charan and Junior NTR are neck deep into the shoot of RRR. While the title of the film is yet to be finalized, the Rajamouli film is currently being shot in Gujarat along with a schedule in Maharashtra that is yet to be followed. The two actors, who are playing patriots in the grand periodic drama, were recently seen filming and fans were excited to catch them in their new looks. 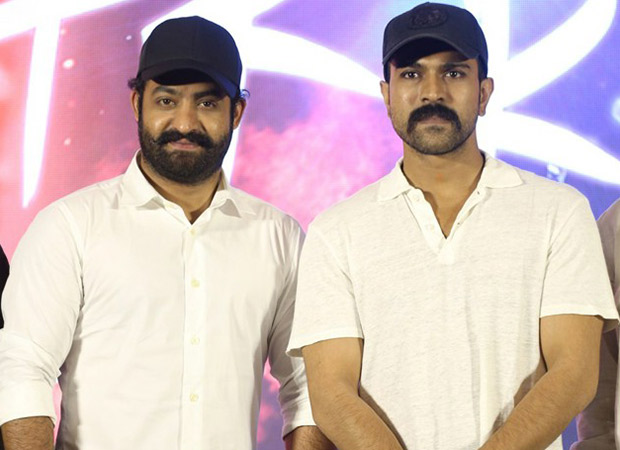 Ram Charan and Junior NTR will be seen as Alluri Sitaraman Raju and Komaram Bheem respectively in the forthcoming RRR. While their looks are kept under wraps, we got a glimpse of the same in the video that has taken social media by a storm. The video features the two of them taking a bike ride and Ram is seen wearing what looks like khakee pants. There were reports earlier stating that Ram may be seen in the role of a police officer. The video has become quite popular amongst the fans who have been sharing it on several platforms.

Coming to the film, it stars actors like Alia Bhatt, Daisy Edgar Jones, Samuthirakani and Ajay Devgn. RRR is expected to be set against the backdrop of the pre Independence era and will trace the journey of Alluri and Bheem after they went missing for years. Whilst the details of what transpired in their lives have never been brought forth before, this film will be a fictional tale about the same.

RRR is expected to be made on a grand scale with an extensive budget but will be shot at real locations. The film is expected to release on July 30, 2020.