Karan Johar’s Kalank trailer just dropped and well, it is all sorts of brilliant. The larger than life imagery, intense dialogues and dramatic display of emotions are a take away from this love saga. From what is seen,  Kalank is primarily is a story about Alia Bhatt who is TORN between the two worlds and two men: Aditya Roy Kapur (her husband) and of course Varun Dhawan (her lover). The story pans out with different characters against the backdrop of India-Pakistan partition. Abhishek Varman’s direction and honest performances by the leads are the highpoints in the trailer. 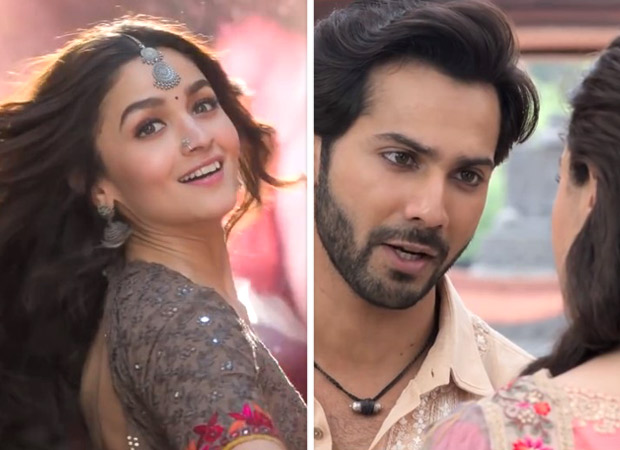 Following are a few specific moments which got us intrigued for Kalank. Check them out.

The trailer sets off with Alia’s character Roop declaring that her marriage to already married Aditya Roy Kapur was a MISTAKE. One sees Sonakshi in the shadows as Alia gets married to Aditya.

The encounters between Alia and Varun are fiery and intense and set a mood off for a powerful romance. Roop says to Varun (Zafar): Main shaadi shuda hoon. Zafar promptly replies, “Mujhe kaunsa tumhare saath nikaah padhna hai.” Their chemistry is mischievous and beautiful at the same time.

Madhuri will be seen in the garb of a courtesan who has an inside connection to the story. She is seen mouthing the dialogue, “Najayas mohabbat ka anjam aksar tabahi hota hai.”This aptly summarizes the story.

Kunal Kemmu is seen as a surprise element in the film and his presence holds out a promise to turn the plot around.

5: Dramatic twist at the end symbolizing a love triangle between Varun, Aditya and Alia

At the end, the makers pique masses’ interest by metaphorically showing that not just Varun but even Dev (Aditya Roy Kapur) has fallen for Roop!