One of the most awaited upcoming films, SS Rajamouli's RRR starring Ram Charan, Junior NTR, Alia Bhatt will be shot at real locations across the nation, unlike Baahubali which was shot at a grand set. 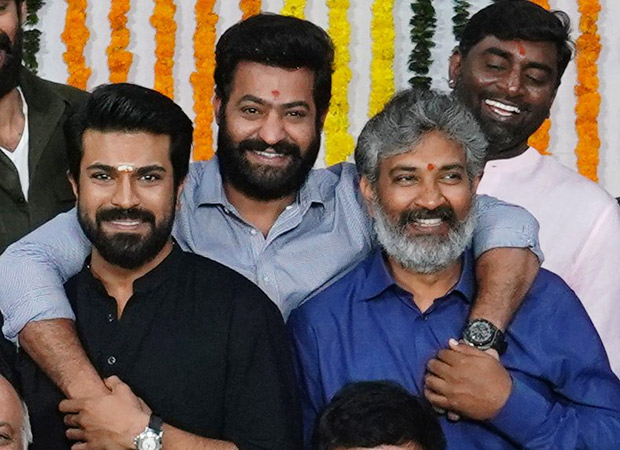 The director's next, RRR will be produced by DVV Danayya and it is expected to have an enormous budget of nearly Rs. 400 crores. The RRR team has already started their preparation with full swing. And now it is being said that the actors will also be shooting extensively in Gujrat and Maharashtra. A source close to the film said, “SS Rajamouli sir will work on his 10-day schedule in Gujrat then fly down to Pune for another 20-day schedule.

SS Rajamouli had revealed that RRR will be a PAN India project and will be shot at multiple locations. The director said," Unlike Bahubali, RRR is getting shot at various real locations and Rajamouli is building huge sets at real locations."

After Alia Bhatt expressed her desire to work with the prolific filmmaker SS Rajamouli, the director fulfilled the wish by roping her in for the much talked about upcoming film RRR. It stars Ram Charan and Junior NTR in the roles of Alluri Seetharaman Raju and Komaram Bheem in the film. It also features Ajay Devgn in the role of a freedom fighter in this film set against the backdrop of the pre Independence era.

The film is a grand periodic action-drama which boasts of an ensemble cast including Samuthirakani and Daisy Edgar-Jones who will essay prominent characters. Inspired by the stories of two patriots, the film is a fictional representation of their journey when they went missing for a few years.

Rajamouli is planning to wrap up the film by the end of the year. At the press meet, which was held a couple of days ago, the team announced that RRR will hit the theatres on July 30, 2020.