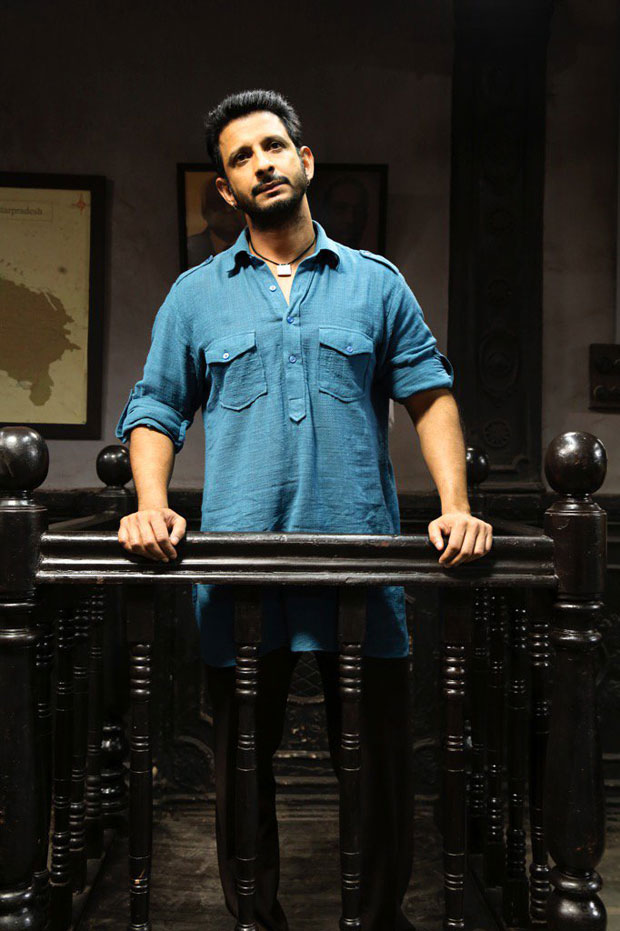 Juggling between theatre and films, Sharman Joshi, who was last seen in Wajah Tum Ho as a police inspector, is now all set for his upcoming films. A recent look of the actor from one of his forthcoming projects has been doing the rounds on social media and reportedly, it has been revealed that it is from his film Kaashi.

The film titled Kaashi - In Search of Ganga, has Sharman Joshi playing a rustic character and here’s a picture of the actor from the film. If it is anything to go by, we can see the actor shooting an intense sequence at the backdrop of a court. Although further details of his character are currently being kept under wraps, it is being said that the story of the film revolves around siblings, Ganga and Kaashi.

On the other hand, Kaashi marks the debut of beauty pageant contestant Aishwarya Devan in Bollywood. Besides them, this Dheeraj Kumar’s film also stars Govind Namdeo, Manoj Pahwa among other.

Arjun Kapoor to reveal how he transformed…

EXCLUSIVE: "Without Saif Ali Khan, there is…