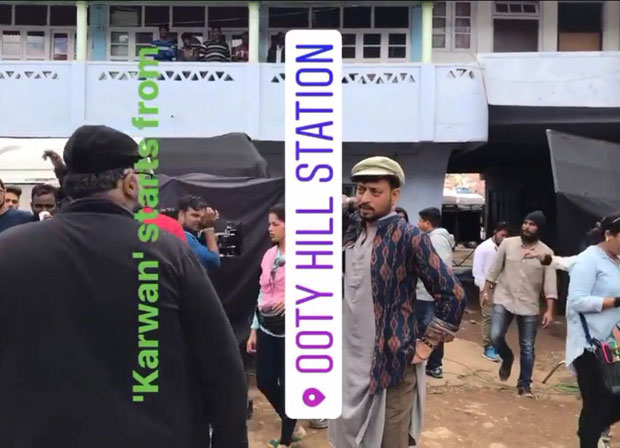 Just a few days ago we had reported that Dulquer Salmaan will be making his big Bollywood debut. The South star, who already has a massive fan following across the globe, will share screen space with the talented award winning star Irrfan Khan in a film titled Karwan.

As for the film Karwan, reportedly, the film has already gone on floor in Ooty. In fact, we recently came across this video on social media which gives a sneak peek into the sets of the film. Spotted at the said venue were Dulquer Salmaan and Irrfan Khan who are neck deep in finishing the shoot for the film. In fact, Irrfan Khan was seen in an intriguing avatar wearing a kurta with traditional jacket and hat whereas Dulquer Salmaan is seen sporting a simple shirt. 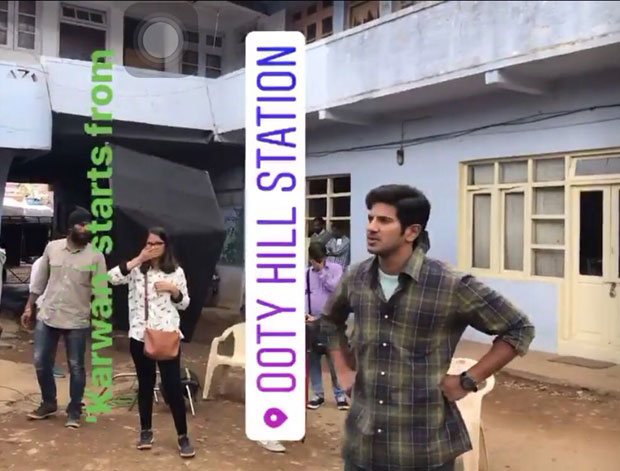 The first look video of the same was shared by Irrfan Khan as an Instagram story. Talking about the schedule of the film, it is being said that the film will be shot extensively in Kochi and Ooty for a month.

Directed by Akarsh Khurana, Karwan is a situation comedy wherein Dulquer and Irrfan play friends who go on a road trip. Produced by Ronnie Screwvala, the film marks the debut of web series star Mithila Parkar who plays the leading lady in the film.