Veteran ace actors Ratna Pathak Shah and Naseeruddin Shah have been married for over 39 years now. The couple met each other for the first time during their initial days in doing theatre. The duo has come a long way in their relationship and share a really beautiful bond to date. 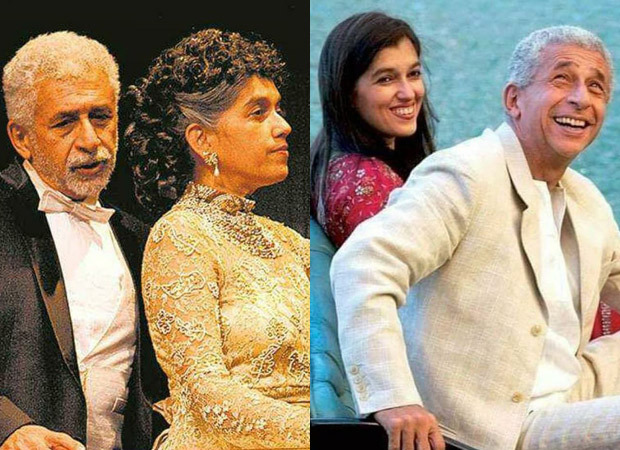 Recently, while talking to a tabloid Ratna and Naseeruddin had revealed how their relationship has evolved over the years. The couple revealed that they shared the stage for the first time in the play, Sambhog Se Sanyaas Tak and Naseeruddin even joked that it is actually the story of their real life.

Talking further, Ratna confesses that they fell in love and have been inseparable ever since. She says that their relationship has been very useful as it is a relationship of equals, of friends, which has been a blessing for them.

Ratna even claimed she is very lazy and it's Naseeruddin who inspires her to work harder. She said that Naseer inspires and pushes her to do better as she claims not to be that hardworking as him. She concluded and said that seeing Naseer she also has to work hard.

ALSO READ:Naseeruddin Shah says he believed that his inter-faith marriage to Ratna Pathak Shah would have set a healthy precedent