Poison has been on air for a week and has already been noticed for its 'filmy' treatment. With a larger than life treatment meted to the revenge drama-cum-thriller, it features Tanuj Virwani as the key protagonist. Playing a youngster who is out there for revenge and in the process locks horns with Arbaaz Khan and Freddy Daruwala, Tanuj has made it two in a row now after The Inside Edge won him accolades too, a couple of years back. 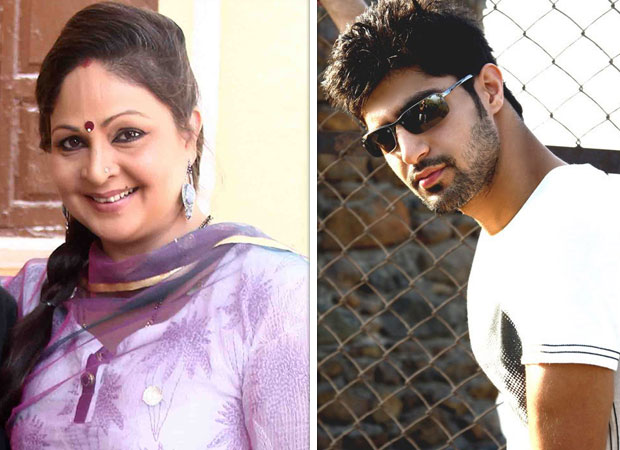 No wonder, his mother Rati Agnihotri, is quite happy with the newfound success of her son.

"She was on her side when things weren't really rosy at the beginning of his acting career. Tanuj did a couple of films and though his act was appreciated, box office success evaded him. Being an experienced actress herself who had seen highs as well as lows in her long standing career, she understands how the world of Bollywood operates. She advised him to stay put, work on his skills, not rush on picking any stuff that comes his way and instead wait for the right assignment that has a meaty role for him to enact for screen," says a family friend.

Tanuj took this feedback in his stride and the result was an entry into the world of web series.

"He chose to be a part of The Inside Edge when web series were in infancy in India. As Vayu Raghavan, a part that was said to be loosely inspired by Indian cricket team captain Virat Kohli, he delivered a powerhouse performance and won all around accolades. Yet again, he didn't rush into any out of many web series that have mushroomed ever since and chose to pick Poison which is on air currently," the friend continues.

With Tanuj's act as 'the wronged youngster' turning out to be quite impressive as well, it is time for celebrations in the family with mom Agnihotri patting the back of her son all over again.

"Yeah, she is really happy," Tanuj can't contain his excitement here, "When my first few films came and didn't do well, she said to me that it is okay to see a low phase as the success which next would be much sweeter. This is the reason why I value the success of first The Inside Edge and now Poison a lot more. I have somewhere become a better actor and not taking things for granted at all."

So how did the conversation go with his mother during the week gone by?

"When I talk to her now, she tells me that while this success is good, the important thing is to be consistent. At the end of the day if I have this misconception that mujhe bass star banna hai then I wouldn't be faithful to work because then my priority would be only stardom. Instead, I would want to focus on the journey and not the destination,” says Tanuj before signing off.