Bollywood superstar Ranveer Singh has aced being a Marathi again. In an hilarious endorsement, Ranveer plays a Marathi businessman ducking utensils being thrown at him by his wife. 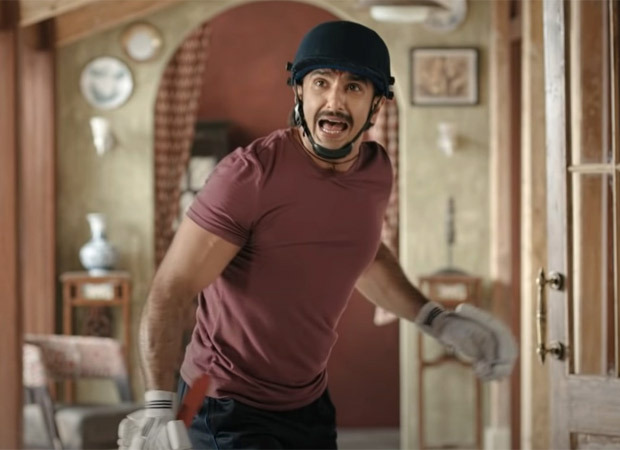 Ranveer is also seen mouthing Marathi impeccably in the ad as he apologises to his wife for celebrating too much with his friends on the terrace all night after managing to sell an entire consignment! He says, “Arey kaai kartoyes tu, sorry mhanto na” which translated in English means, “Areyy what are you doing, I'm saying sorry na!”

Check out the images and the ad here:

Ranveer has played a Marathi before in two of his biggest box office blockbusters - Simmba and Bajirao Mastani. Currently he is looking forward to the release of Sooryavanshi in which he has a cameo appearance and 83 in which he essays the role of former Indian cricketer Kapil Dev.

ALSO READ: Ranveer Singh says he is ‘proudest husband in the world’ while praising Deepika Padukone