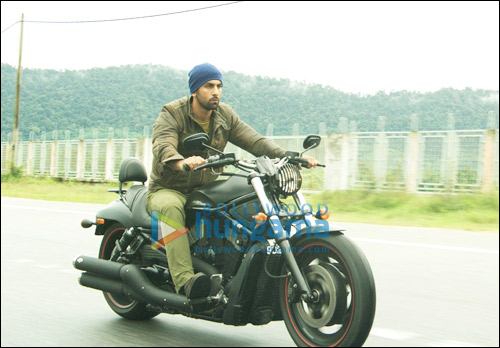 Ever since the music major T Series' ambitious venture Roy has been announced, it has only been making news for all the right reasons. Be it the film's out-of-the-box storyline, the sensational cast of Arjun Rampal, Ranbir Kapoor and Jacqueline Fernandez (in a double role) or the melodious track 'Sooraj Dooba Hai''s, the film is simply on a roll and how!

The film's makers are now all set to release the film's second track titled 'Tu Hai Ki Nahi' (composed and sung by Ankit Tiwari). This is a track which promises to take you on a journey to find love, to find happiness and to find your own self. Besides the track's melodious music, the viewers will also be treated with a visual candy in the form of Ranbir Kapoor riding a limited edition Harley Davidson. The song has been shot in the beautiful locales of Langkawi.

Roy, which is produced by Divya Khosla Kumar, Bhushan Kumar and Krishan Kumar, is directed by Vikramjit Singh and will release on 13th February, 2015.