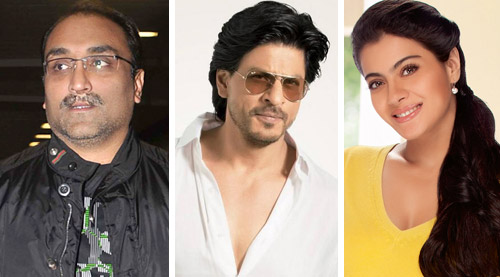 After a long wait, the book 'Aditya Chopra Relives... Dilwale Dulhaniya Le Jayenge' has hit the stands. While the book is notable for the fact that it marks 1000 weeks of the film's run at a theater (Maratha Mandir), it is also special due to the fact that countless anecdotes from the making of the classic have been narrated as a first person account by Aditya Chopra.


One such anecdote is centered on the casting of Shahrukh Khan for the film. While it is a known fact that there was quite some flip-flop around the superstar's presence in the film, considering the fact that he was keener on doing action roles back then, there have also been stories around how Saif Ali Khan was Aditya Chopra's second choice for the part of Raj. Well, the Nawab of Pataudi could well have been the chosen one if only Shahrukh wouldn't have said yes at the last moment, and that too when he was in the worst of the mood with multiple fights all around him.


As is revealed in the book, Aditya Chopra had almost made up his mind to rope in Saif and was making one last ditch attempt to woo Shahrukh. To try his luck, he (along with Karan Johar) reached the sets of Karan Arjun where Shahrukh Khan was shooting. Just when he reached there, he saw Kajol storm out of the sets, while being obviously mighty upset about something, and Shahrukh was seen trying to pacify her.


Well, the story didn't end here. Soon Salman Khan too was seen getting into a fist fight with a leading photographer that could have turned really ugly had Shahrukh Khan not intervened. With two stars around them in a real bad mood, Aditya Chopra felt that it was in best interest of everyone if he just left the place. As his luck was, even while contemplating this, there was another bomb waiting to be dropped. Murphy's law pretty much applied itself here as now Shahrukh Khan was seen angrily chasing a journalist right till the gates, what with his bodyguards running after him as well.


Pretty much sure that disaster had struck and now there was no chance in hell to get Shahrukh agree to do his film, Aditya Chopra was making mental notes around how he would excuse himself from the situation, let bygones be bygones and move on to Saif. He approached Shahrukh to get his quick minute so as to conclude the meeting (that never took place by the way).


As it turned out though, Shahrukh just turned around, said that he was doing the movie in as nonchalant manner as possible, and went on with his business like nothing had happened. No wonder, Aditya and Karan didn't really have much of a reaction, what with them being just out of a horrible situation where three stars were seen in an all around fighting mood, and returned as quickly as they had arrived.


This is how Dilwale Dulhaniya Le Jayenge got its Raj. Later, Aditya Chopra went on to repeat the superstar in Mohabbatein as well as Rab Ne Bana Di Jodi. And no, this time around there were no second choices!