The current task on Bigg Boss 14 has divided the house in two teams, Red and Yellow. With Rubina Dilaik, Abhinav Shukla, Rakhi Sawant, Devoleena Bhattacharjee, and Vikas Gupta being under the former’s team, the rest of the contestants including Aly Goni, Arshi Khan, Nikki Tamboli, Sonali Phogat, Rahul Vaidya were in the other team with the latter being the leader. 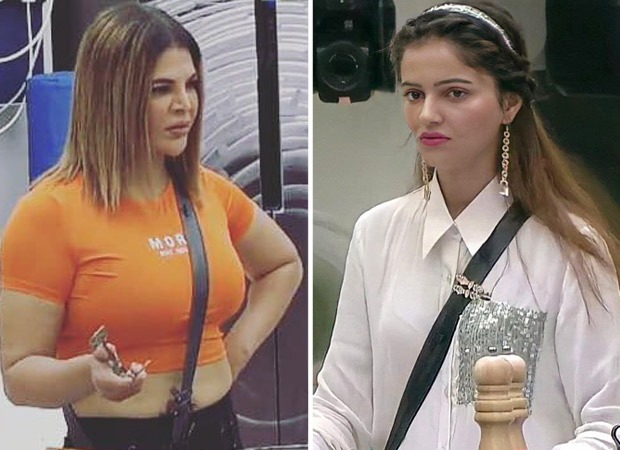 During the task, Arshi Khan occupied a common washroom and refused the let anyone in despite multiple requests. When Rakhi Sawant requested her to let her use the washroom, Arshi had locked herself in and refused to listen to Rakhi. However, not being able to hold back on nature’s call, Rakhi Sawant ended up peeing in her pants and then later called Rubina to tell her about the incident. Rubina was requested by the actress to not let anyone know of this incident.

For Rakhi’s personal hygiene, Rubina agreed to let some units off their team and asked Rakhi to change in a fresh pair of clothes. Later on, Nikki Tamboli switched sides and helped Rubina-Abhinav that happen to be her friends in the house.

Also Read: Bigg Boss 14 ex-contestant Eijaz Khan confesses that he is in love with Pavitra Punia