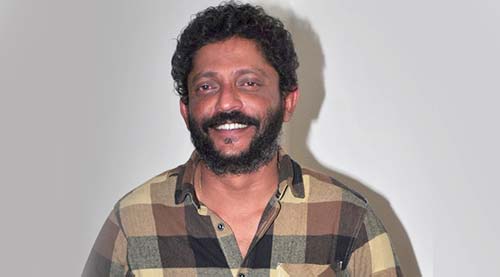 Director Nishikant Kamat took a jumpstart in the Marathi cinema with his film Dombivali Fast. Soon the talented director entered Bollywood and captured the audiences with films like Mumbai Meri Jaan, Force and the recently released thriller Drishyam. In fact the Ajay Devgn starrer Drishyam which has been running strong at he box-office completes it's 50 day run today in theatres.

Satish Sundaresan of Bollywood Hungama met up with Nishikant Kamat, who took time out of his busy schedule to speak all about Drishyam and his next film Rocky Handsome and
Vikram Malhotra's untitled period drama. Over to you, Nishikant.

Nishikant, to start with, it's better to be late than never. Please accept our congratulations on the success of Drishyam.
It feels very nice and feels very good. I always knew that I had made a credible film at heart. You know it when you make it. While I have never fallen into the trap of 'box-office' et al, my bottom line always remains that whatever money my producer has invested, should be recovered.

Did you always feel that the film will do the kind of business that it did or you expected it to do more than what it did?
As I said, I was not looking at the business aspect of the film. I knew that I had made a credible film and that I will get a lot of phone calls.

How has life been post success ofDrishyam?
Totally hectic. Drishyam was released on July 31 this year. And, there I was...back to shooting Rocky Handsome on September 4. The last schedule of the film has just got wrapped up.

Is it difficult remaking a film because there are always chances of comparisons being drawn with the original?
Comparisons are bound to happen and I am absolutely fine with comparisons. And, I have a choice to be compared in a better fashion. If the comparisons take place, so be it. If you see, the
Malayalam version of the film did not have the October 2's scene and also the ATM scenes, unlike Drishyam.

So far, Goa had been only shown as a Tourist's destination. In that case, was it difficult or a challenge to show Goa in a film, wherein it gets ranked second, the first being the script?

Goa was definitely intentional. When I was 'location hunting', the options were Punjab, Kolkata and likes. I dismissed Punjab, because, I thought that it was too much overexposed. And as for Kolkata, I did not know much about the city. I did not want to do hardcore Maharashtra. When it came to Goa, I thought that everyone knows it as a tourist destination, whereas, I am someone who
knows the rural Goa as I have lived there for four years. That made my process of filming in Goa very easy. I have seen the finer points of the city and also knew it really well.

How is your relationship with Ajay Devgn? With the background of the 'roaring' Singham's success behind him, was it tough to convince Ajay Devgn to do the role in Drishyam, wherein there
is not even a single slap by him?
In fact, the first thing that we discussed was that he will just not slap anyone in the film. Secondly, I told him that I had to make him look like a common man. He has this larger than life image. Even if he takes a walk, it's a swagger! Every single aspect about him was taken into consideration in order to give him the common man look. And the best part was that he was more than willing to do that. He is an action hero in the film, but through his intelligence.

While your cult film Dombivali Fast was remade in Tamil with Madhavan (Evano Oruvan), you went onto remake a south Indian film as Drishyam. In such cases, what is your thought process?
You may call it kick, excitement or madness; the reason for me to do Evano Oruvan was because I wanted to do a film in a language that I did not know. Maddy (R. Madhavan) is a friend, who immediately got ready after seeing Dombivali Fast. And if you were to observe, Dombivali Fast is a kind of film that the southern director Shankar does in every film, but, on a realistic zone.

Is it true that you were offered the Hindi remake of Dombivali Fast by Abbas-Mustan and that you delayed that project because you were busy with your other films?
Yes, they did offer me the remake of Dombivali Fast, but I refused it because I told them that I had already made the film twice and that I was tired of it now. I did Tamil, as I told before because of the kick element. But, since Hindi and Marathi are too similar, I had to refuse the remake. Abbas bhai understood my situation. I told Abbas bhai that I lacked the excitement to make the film in Hindi. At the same time, I offered him all the possible help to them in case they planned to do the film.

Does that mean that there is a possibility of you working with the duo of Abbas-Mastan?
There was one film which was in the talks process, but, somehow that did not materialise. Let's see...

Is it true that you had quit direction after Mumbai Meri Jaan?
It's a very sensitive zone that you have touched. I wrote the film for as long as ten months. In the process, I had to study many characters around me from the day to day walks of life. I started studying all such characters so much that I only could see sadness all over. As a result of which, I became extremely sensitive. That's when I felt that if one film is going to affect me so much as
a human being, then there is no point in doing films. That's when I went to U.S. and was there for quite some time (18 months to be precise), wherein I did not want to meet anyone or talk to
anyone. But, I assume that film making is in my system. I came back to make films. But... having said that, let me also tell you that, I am fully capable to shut shop even tomorrow! (smiles)

Your films always have a wide range of subjects. Where do you get your ideas from? Do you have a think tank?
I really do not have a think tank. I look around the world around me and observe everyone. That is where I get my characters from.

You set a trend of sorts with Force. Why is it that you are not directing Force 2? Doesn't it feel like giving our baby for baby sitting or in some other hands?
Nothing of that sort. It is only a matter of my excitement. Force 2, for me, will be a similar zone film like Force. I had a detailed talk with John Abraham stating that I will be bored to do the film. Force 2 for me is not an exciting film as a film maker.

Are you saying that you are not open to doing sequels?
I am open to doing sequel, provided that they offer something more than the original. For me, Lage Raho Munnabhai is the best sequel of all time. Raju Hirani took this film to the next level from Munnabhai MBBS. Likewise, if I had to do a sequel, it has to take the film to the next level. Rocky Handsome has the potential to be made into a sequel.

What's the update on Rocky Handsome?
We just wrapped up the shoot recently. At this juncture, I can only tell you that there is a certain something behind the film's title, which will uncover when you see the film. It is a new form of cinema.

If the reports are to be believed, then, Rocky Handsome will have never-before seen Kung Fu in Bollywood and that John has trained for a month in Hong Kong before starting the film. Do you feel that with a body like John's, he will be able to carry off Kung Fu convincingly?
That is why we did a 20 day workshop with him in Hong Kong. I do agree that he has a slightly stiff body, but the end result is sheer magic. He will come across as a best martial artist ever.

You are also doing Madaari with Irrfan Khan and Jimmy Sheirgill? What is the story all about?
It is a story of a common man. It is about one man versus the system. In a nutshell, it is Dombivali Fast on acid. It is one of the most complex and complicated scripts that I have ever shot. I read the script at least 150 times before getting on to the first day of the shoot.

Besides Madaari and Rocky Handsome, what are your other future projects?
There is an untitled Vikram Malhotra film, which is a thriller love story. Its based in the 60s and 70s.

Is it true that the legendary duo Laxmikant-Pyarelal composed their first TV serial's music with your serial and that too when you were mere 24 years old?
(A bit stunned!) How come you know about all this! I am so impressed with your research. Yes, it is indeed true that the legendary Laxmikant-Pyarelal had composed their first TV serial's music for my serial, which was called Aashiyaana. The sad part is that, the serial never saw the light of the day.

Do failures affect you?
It is used to affect me, but then, they made me a better person at the end of the day.

If you had to describe the following persons in one word, how will you do that:
Ajay Devgn
Intense

Did you at any point regret not taking your career ahead in the field of hotel management?
There was a certain phase when I regretted, but today, I dream of having a chain of hotels. I really don't know when, but, the dream is always there, maybe 10 years down the line.

What influence did the following names/ terms had on you:
Falling Down
Extension of Taxi Driver

Taxi Driver
The base of Dombivali Fast

Besides filmmaking, you also acted in Marathi films like Saatchya Aat Gharat and also Hindi films like 404 Virus Not Found. Are there any plans to continue acting?
I have two or three things lined up. I may act in Deepak Shivdasani's film. As a matter of fact, I have rejected 7-8 films as an actor till now, because I did not have time. Also, wait for an
important announcement that should happen anytime soon.