This month will witness the release of two of the most anticipated films of the year, Race 3 and Sanju. While Race 3 will see Salman Khan in an action-packed avatar, Sanju on the other hand will have Ranbir Kapoor portraying the character of Bollywood actor, Sanjay Dutt. There is immense hype and anticipation around both the films and the trade is hopeful that both the films will set the Box-Office on fire and get solid footfalls across India. 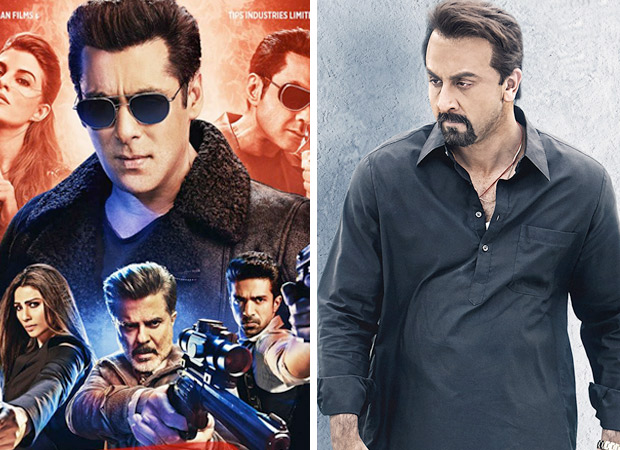 At this point of time, no one can really say which film will earn more at the Box-Office, as you can’t announce the winner of a race till the time the contestants cross the finish line. As both the films are just few weeks away from release, here is a look at the positive negative factors around the two films:

The Remo D’Souza directorial is slated to hit the big screen this Eid i.e. June 15, 2018. Talking about the positives first, the film is a big-ticket action entertainer starring Salman Khan in lead and this should ensure an earth shattering opening weekend across India. From the trailer, it seems to be mounted on a huge scale which justifies the saying -"Big Screen Experience". The action sequences choreographed by Tom Struthers look grand and the action director in the past revealed that Race 3 will take the action to a different level in India cinema. From the commercial point of view, if Race 3 is indeed an entertaining action bonanza, it should record a reasonable trend after the humongous opening in the Eid weekend.

On the negative side, the ensemble-cast of Race 3 is one of the major weak links. Apart from that, the dialogues of the film have not quite struck the chord, and a few of them were trolled big time on the social media. Even director, Remo D’Souza doesn’t have the experience of directing an action film; however we would love to be surprised. To everyone’s surprise, the music hasn’t worked at the level that was expected of a film from Race franchise, although ‘Heeriye’ and ‘Allah Duhai Hai’ have done quite well. Although the film looks grand, it is essential to have some form of meat to sustain in the long run, which we shall get to know on June 15, 2018.

The Rajkumar Hirani directorial is slated to hit the big screen on June 29, 2018. The trailer of the film, featuring Ranbir Kapoor in lead has fetched a phenomenal response from the movie going audience. One of the biggest factors working in favour of Sanju is the fact that it is directed by Rajkumar Hirani, who till date has never failed as a director. All his four directorial i.e. Munnabhai MBBS, Lage Raho Munnabhai, 3 Idiots and PK struck the chord with the audience and went on to record an extraordinary trend at the ticket window. Apart from Hirani, Ranbir Kapoor’s performance seems to be another high point of the film, which is the biography of Sanjay Dutt. If the content works big time like Hirani's previous work, Sanju is indeed that one film that can surprise everyone with its Box-Office performance in the long run. In-fact, the commercially viable trailer will also make Sanju the biggest Box-Office opener for Ranbir Kapoor.

On the negative side, the trailer gave us a glimpse into the dark side of Sanjay Dutt’s life, which might keep the family audience away initially. While it was indeed brave of Hirani to show it all in the trailer, the sequences like Sanjay Dutt’s struggle in the jail and drug abuse instances came across as too brutal and disturbing. Despite the trailer hinting that Hirani has stayed true to Sanjay Dutt’s life, there is still an element of doubt about the director’s presentation of entire bomb blast angle.

Well, it is only upon the release of the two films that we will get to know as to which one would be a bigger Box-Office Hit, but till then, let us know what do you guys think about the two films.