Collaborating with the Russo brothers, Priyanka Chopra will be seen as the leading lady in the forthcoming web show titled Citadel which will stream on Amazon Prime. The actress will be seen in the role of a spy along with Richard Madden in this sci-fi spy series, which will also have an Indian version with Varun Dhawan and Samantha Ruth Prabhu in it. However, as per her recent post, the actress has wrapped up the shoot of the American show and posted a video of memories from the sets. 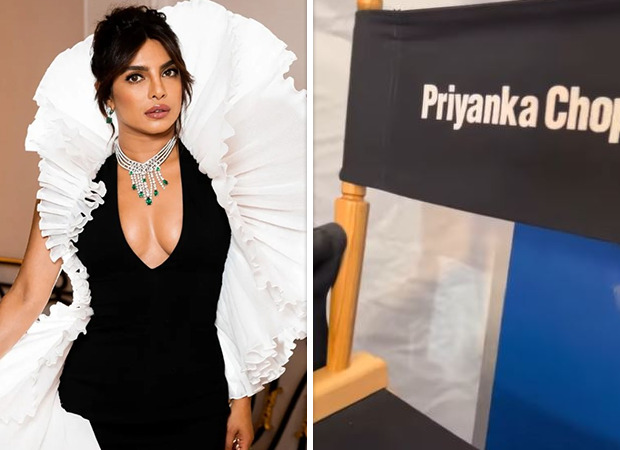 Taking to Instagram, Priyanka Chopra posted a video with the background score of ‘Walking On A Dream’ from the band Empire Of The Sun, which seems to be a nostalgic compilation of the on the sets happenings and other memories associated with Citadel. She captioned the video saying, “And it’s finally a wrap! Thank you to everyone who made this mammoth task possible and fun. Thx Atlanta. See you next time. #Citadel.” The video in question gives a sneak peek into the behind-the-scenes along with her first day, when she joined the rest of the team of the show. It also features her chair, which has ‘Priyanka Chopra Jonas’ written on it as well as her vanity van which has the name tag of ‘Nadia’, her character name from the series.

Readers would be aware that Priyanka Chopra will be seen in an action packed role of Citadel agent Nadia. The actress had even shared posts of her bruised face in the past from the sets of the show. While the series will be going into the post-production stage now, the premiere date of the same is yet to be announced. Speaking of her Bollywood projects, she will be seen in the Farhan Akhtar film Jee Le Zara which also co-stars Katrina Kaif and Alia Bhatt.