Priyanka Chopra is back in Mumbai and has finally completed her next film, The Sky Is Pink. The film wrapped up on Tuesday with a marriage song shoot. The actress was seen at Olive restaurant in Mumbai at the wrap-up party. But, something left the fans anxious. 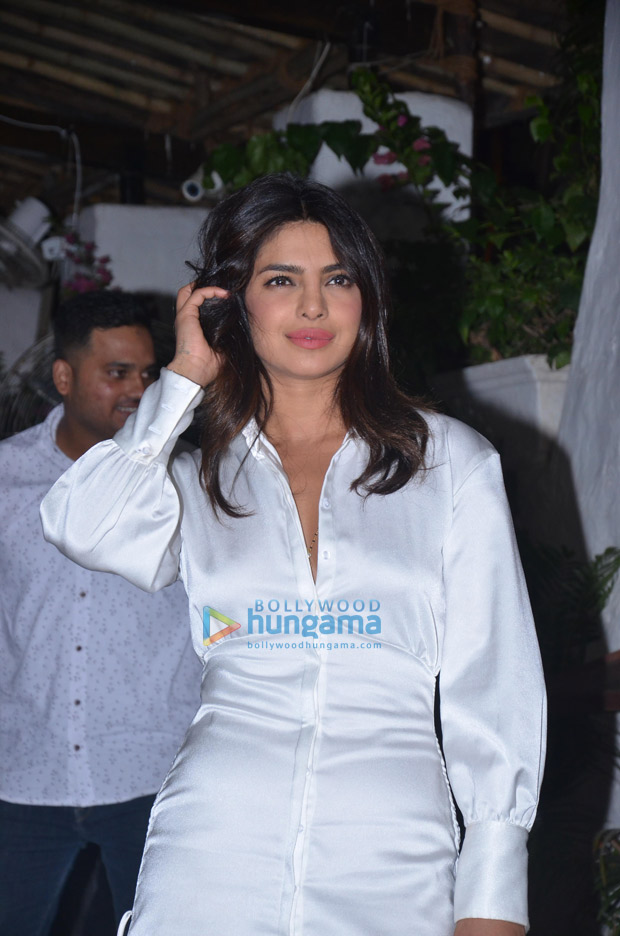 Priyanka Chopra, on Tuesday, wore a silk white romper paired it with yellow heels. She posed for the paparazzi but two things grabbed everyone's attention - her mangalsutra and a brace on her left knee. While it seems like the actress injured herself, she was all smiles as she posed with the team. But, the injury did leave the fans worried. 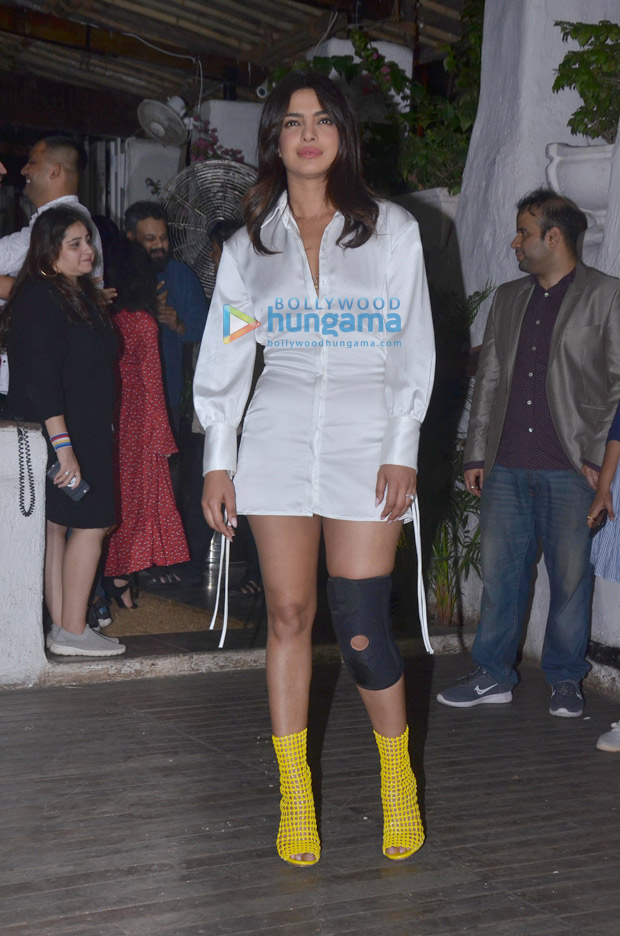 The Sky Is Pink is a story about a young girl named Aisha Chaudhary who was diagnosed with pulmonary fibrosis at the age of 13. She became a motivational speaker after her diagnosis. She even came out with a book, ‘My Little Epiphanies’. With a positive attitude, she spoke at prestigious events like TEDx, INK conferences. However, Aisha Chaudhary breathed her last at the age of 18 on 24 January 2015.

The Sky Is Pink will be the second time Farhan Akhtar and Priyanka Chopra will come together after Dil Dhadakne Do. The actors will play parents to Zaira Wasim.

ALSO READ: Priyanka Chopra Jonas is happy and grateful beyond belief at The Sky Is Pink wrap party!