Priyanka Chopra, who got married in December 2018 to popstar Nick Jonas, is back to work. The actress has begun promotions of her upcoming romantic comedy, Isn’t It Romantic. After The Ellen Show interview, Priyanka Chopra returned to Jimmy Fallon's late night show, The Tonight Show where she spilled some deets about getting married in India, taking Nick Jonas' last name, writing a book Unfinished and starring in a romantic comedy. 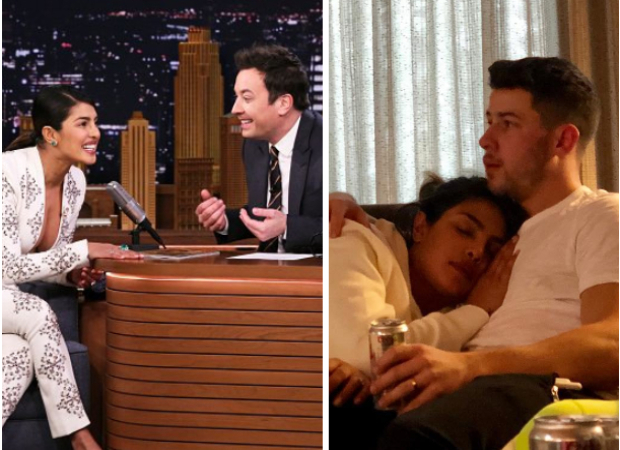 When asked by Jimmy Fallon what made her take Nick's last name, Priyanka Chopra said, "I always wanted to add his name to mine because we are becoming family. I am a little traditional and old school like that. But, I don't take away my identity. It gets added to who I am." 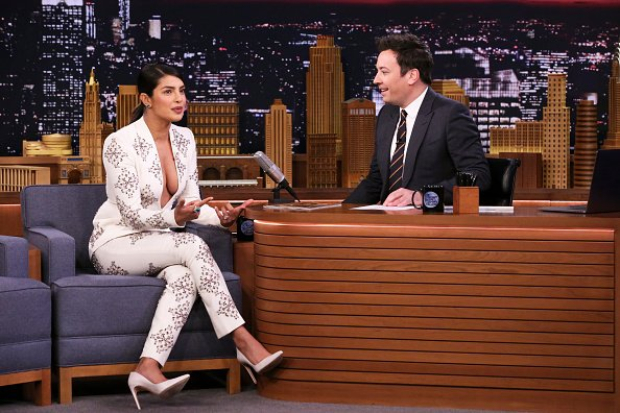 It is known Priyanka Chopra and Nick Jonas had two lavish wedding ceremonies with pre-wedding festivities like mehendi, haldi, sangeet and cocktail party. Talking about the same, she further revealed, "No. I wanted to get married in some private island away from everything. We were like really stressed out because we thought Seychelles, Maldives, Mauritius. And nothing was working out. How will we fly everyone, logistics? And this was in Mumbai. Nick just said 'Why aren't we doing this in India? Shouldn't I be taking my bride from her home?' And when he just said that like was like 'Wow!' In India, it becomes like a thing then." 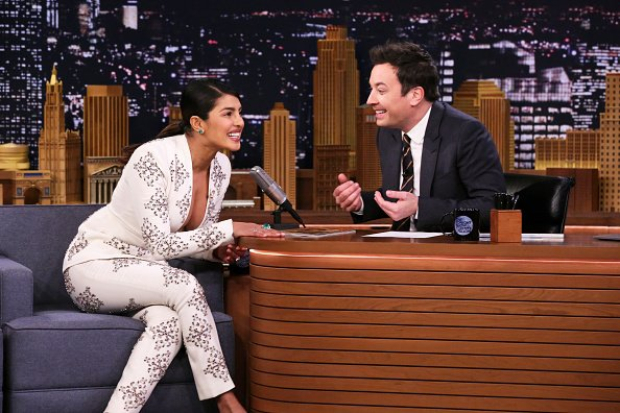 Just earlier this week, the actress shared a picture of her falling asleep in Nick Jonas' arms while watching Superbowl. It really trended on twitter as the netizens wondered who actually took the cozy photo of the two of them. As it turns out, they are on vacation with their family and group of friends. When Jimmy asked about it, she revealed, "Don't you go out with friends and you do something cute and someone takes a picture? This is my cousin Divya. We were like 8 of us sitting and watching the Superbowl. I fell asleep and she took a picture." 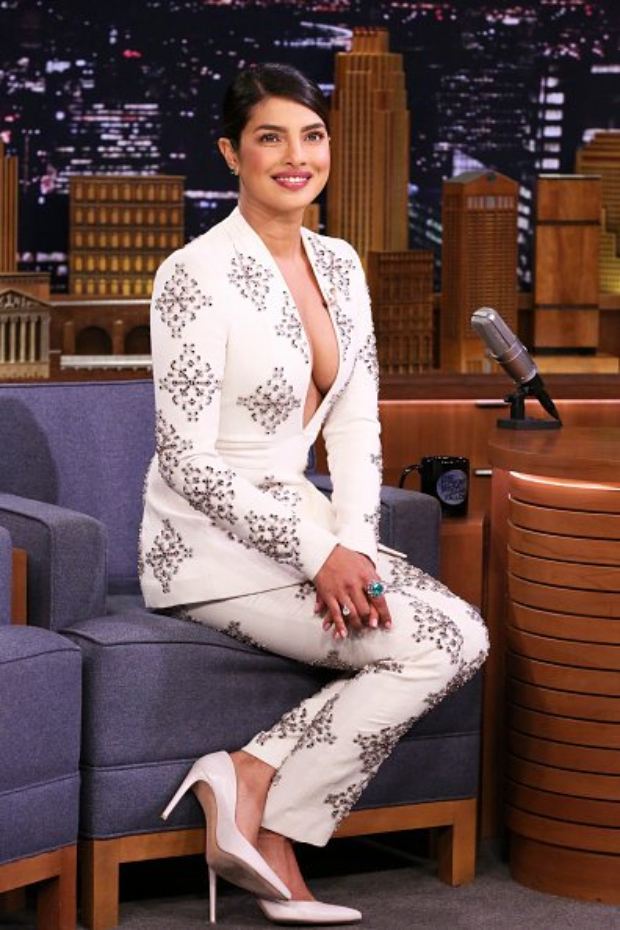 Priyanka further talked about why she decided to write a book Unfinished which will be published this year. "I always wanted to talk about the personal side of things - my feelings to my career. I think getting married and in the last two or years, I found my feet a lot more as a woman. As a person, I am not so insecure. So, I felt it was the right time to sort of delve into things before I change my mind and go back to in my shell again. So, I am doing it this year."

Though fans call them Nickyanka as the celebs always get a ship name, Priyanka quipped that she prefers the nickname "prick". She revealed Nick is not too keen about it and Jimmy Fallon agreed why it wasn't a good idea.

On the work front, Priyanka Chopra will be seen in Isn’t It Romantic with Rebel Wilson, Liam Hemsworth and Adam Devine. The film is set to release on February 13, 2019 and February 28 on Netflix.

ALSO READ: “He DM’ed me” – Priyanka Chopra tells Ellen DeGeneres on how husband Nick Jonas asked her out on a DATE