Last Updated 03.07.2022 | 9:13 PM IST
feedback language
follow us on
Bollywood Hungama » News » Bollywood Features News » Priyanka Chopra is bloodied and bruised as she enjoys ice-cream on the sets of Citadel

Priyanka Chopra has been busy with her upcoming series Citadel, which is produced by Avengers: Endgame directors Russo Brothers. The actress recently returned to the sets to complete the shoot and has been engrossed in some action-packed sequences. She has been sharing behind-the-scenes glimpses through her Instagram and seems like she has had a ‘rough day’ at work. 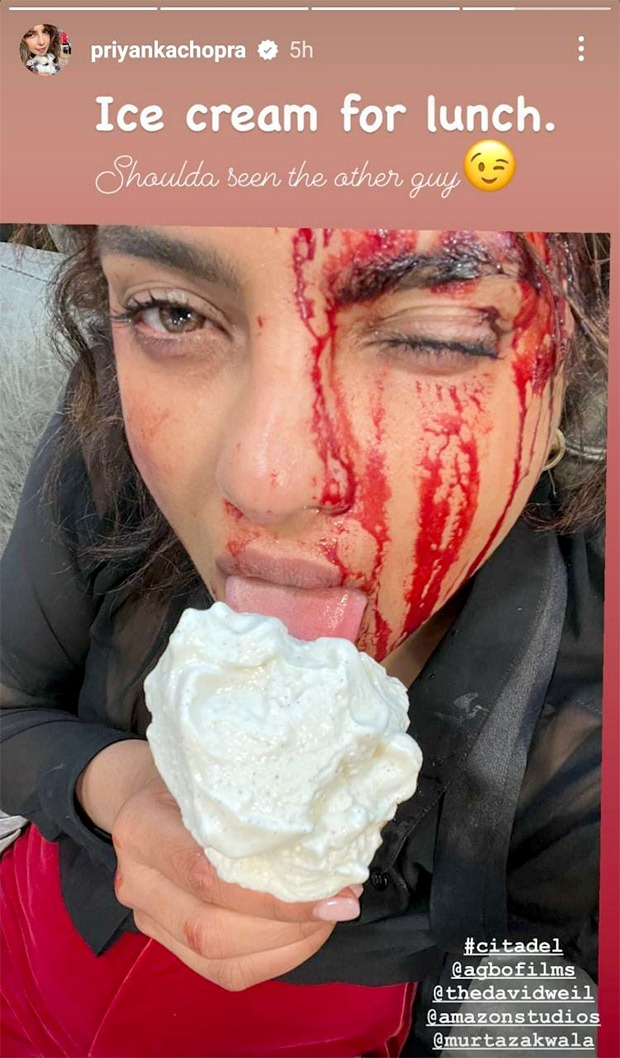 Taking to her Instagram Stories, Priyanka shared a picture of herself casually enjoying ice-cream while she is covered in fake blood. Sharing the selfie, Priyanka said, “Ice cream for lunch. Shoulda seen the other guy (winking emoji)."

Priyanka Chopra has been busy with the Citadel shoot since last year. She had moved to London last year for the extensive shoot. The series also stars Game of Thrones and Eternals star Richard Madden in the lead role.

ALSO READ: Priyanka Chopra shares a photo with a bruised face; here is how fans reacted to it