Actress Preity Zinta is currently in India for Indian Premier League (IPL) to support her cricket team Punjab Kings. Amidst the cricket season, the actress is ensuring she also hits the gym. And recently, her partner at the gym was none other than cricketer Shikhar Dhawan. 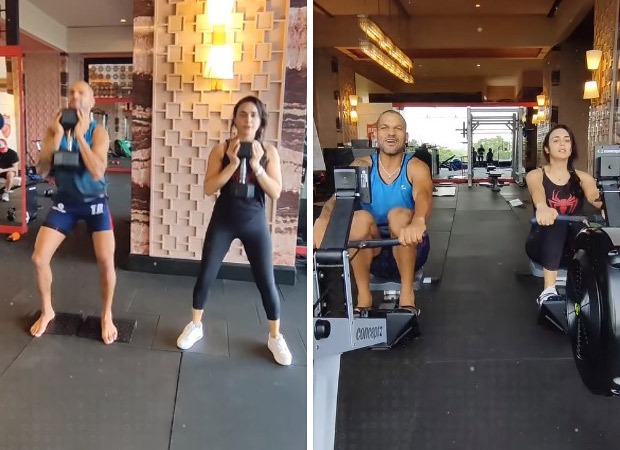 A video was shared by Shikhar Dhawan on his Instagram in which he was seen sweating it out in the gym with Preity Zinta. The viral dialogue from the Tiger Shroff film Heropanti ‘Chhoti bacchi ho kya’ playing in the background makes it pretty hilarious.

Sharing the video, Shikhar wrote, "Had a great gym session". Commenting on the post, Preity wrote, "Now I know what happens when you meet @shikhardofficial in the gym & he rhymes this mad dialogue to your workout".

Meanwhile, Preity Zinta's team Punjab Kings lost their match on May 7 to Rajasthan Royals by six wickets. The team will now play Royal Challengers Bangalore on May 13.