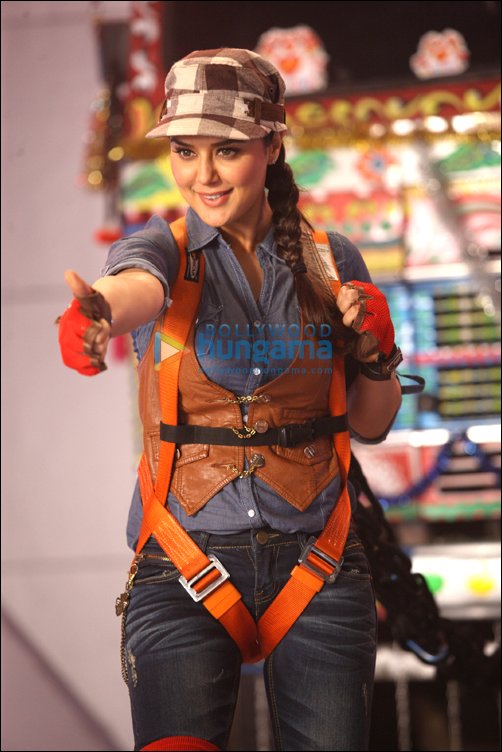 Bollywood's dimpled lass, Preity Zinta is all set to host COLORS new offering, Guinness World Records- Ab India Todega. As the host of show that promises to put Indians on the world map, Preity echoes the concept of the show and represents the spirit of new India which is willing to take on the world and prove its place under the sun. Guinness World record that has enthralled the audience across 90 countries is brought to India by Miditech Pvt Ltd.

Guiness World Records- Ab India Todega will see the vivacious Preity donning the hat of a host and a guide as Indians try to break international records and compete with the world record holders. Preity's sense of humor and her never-say-die attitude makes her the perfect choice for bringing this unique show on to the mainstream platform.

Speaking about the new show and the host, Ashvini Yardi, Head, Programming, COLORS said, "Preity is the perfect choice as the host for the show as both she and Guinness World Records are debuting on the Indian small screen. Guinness World Record- Ab India Todega is a fresh concept and with Priety's effervescent presence we are confident that the show will enthrall our viewers. Her enthusiasm and zing would definitely encourage the participants to go all the way in breaking the international records and make our country proud."

Talking about her association, Preity Zinta said, "I was sure that whenever I do make a move to the small screen, it would be something I believe in. Guinness World records- Ab India Todega is the perfect platform for my television debut. The show reflects my ideology to push oneself and compete with the best. There is also a feeling of pride in hosting a show that will put India on the international pedestal and will bring fame for Indians. I am sure viewers will have a good time watching the show."

The show certainly promises to set great standards of talent and with a host as talented as Preity Zinta; it is only going to get better.

Preity Zinta flies from Dubai to LA to…