Zee TV’s popular fiction show  Tujhse Hai Raabta has been an audience favourite due to its intriguing plot and relatable characters like Kalyani (Reem Shaikh) and Malhar (Sehban Azim), who have managed to capture the audience’s heart right from the inception of the show. Both the characters have been bringing in several unprecedented twists and turns, keeping the viewers engaged at every point of the tale. The show recently witnessed a new twist where Sampada dies while trying to kill Kalyani by burning her.  As the story unfolds, a new wave of change is set to take over in  Anupriya’s life (Poorva Gokhale) as she gears to embrace a new and ambitious version of herself. Shedding her saree clad look, the actress will be seen donning a rather modern and chic style that is sure to leave the viewers captivated. 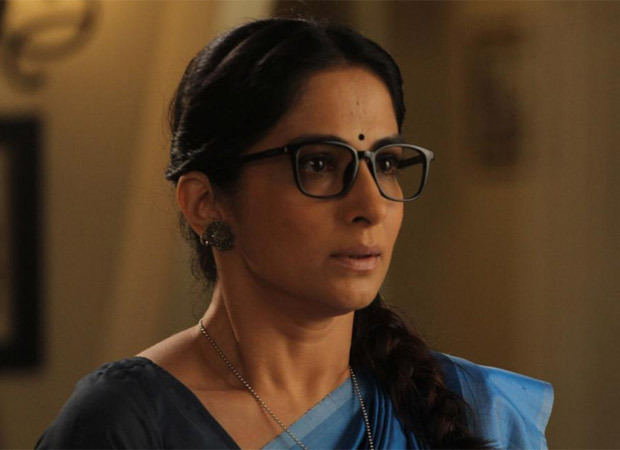 Anupriya will now be seen as the runner of Nal emporium. It is because of Kalyani’s urge and motivational spirit that inspired Anupriya to take a step towards becoming independent. Now that Gokhale’s on-screen portrayal is a lady who is head-strong and relies on her own feet as she manages the family business all by herself, a change in her look was necessary. Poorva’s on-screen look went from minimal and Indian in earthy toned sarees to classy and elegant pantsuits that command power. As shared by Poorva Ghokhale, “I believe for an actor, change and experimenting with roles and looks is extremely important. Tujhse Hai Raabta has presented me with an opportunity like this which I am very grateful for. There is a huge difference between the two looks I don for the show. While earlier I was dressed in sarees and earthy tones giving off timid and strict vibes, now the look has completely changed. I simply adore the new look post makeover. I have always been a fan of pantsuits and pastels. This new look is simply stunning, and I hope the audiences too appreciate it.”