It is a known that Saif Ali Khan and ex-wife Amrita Singh’s daughter Sara Ali Khan will be making her Bollywood debut this year with Abhishek Kapoor’s directorial Kedarnath. The promotions have already begun and it seems like her baby bro Taimur Ali Khan is being by her side. Well, not technically! Taimur's craze is already known to all. But, it has reached a point where stores are now selling dolls of him. And guess who received the doll? It's none other than Sara. 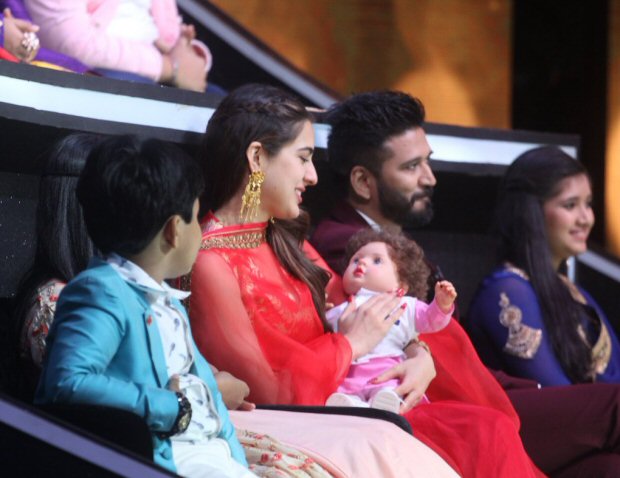 Two pictures have surfaced online when Sara Ali Khan reached the sets of singing reality show Sa Re Ga Ma Pa to promote Kedarnath. Aditya Narayan, who is the host of the show, gifted her Taimur doll. In the pictures, she is seen cuddling with the Taimur doll and cradling it in her lap. Dressed in a red outfit, she looked beautiful as he couldn’t keep herself away from the doll. Sara was accompanied by her Kedarnath co-star Sushant Singh Rajput. 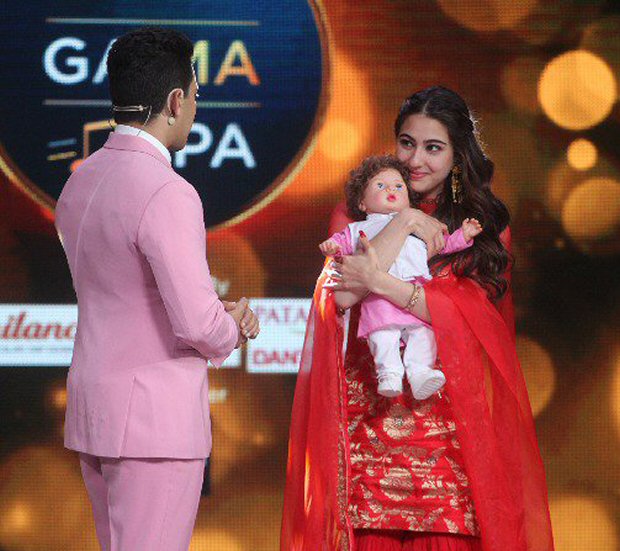 Kareena Kapoor Khan had earlier spoken about the doll stating that neither Taimur nor his parents could run away from his popularity. She wondered what to say when she first saw the doll. But, it was Saif who said that the people love their little one so much and such things are a blessing for Taimur. She said that there is so much genuine warmth and love for their son that it is bad to stop the people from either taking his pictures or making dolls. But, everyone should also understand that he is a two-year-old kid who also needs a normal life. She further added that both Saif and Kareena are struggling to give him a normal life but will continue to do so without asking the media to back off, no matter how annoying it gets after a point. She concluded saying that it is tough on Taimur as it is on her and Saif.