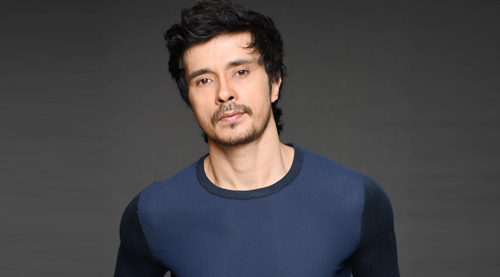 He played Priyanka Chopra's empathetic husband in Mary Kom and won quite some praise for himself. He was noticed in a big way with the film which was otherwise perceived to be an out and out Priyanka Chopra. Now, yet again, he is appearing in a female centric film NH10, this time with Anushka Sharma as the central protagonist. The way all around appreciation has come in for him, Darshan Kumaar has made his presence felt all over again. More so, since this time around he is arriving as an altogether character by turning into a cruel ruthless local who makes life miserable for Anushka and Neil Bhoopalam on a highway.

What makes NH10 a special thriller?

The entire film is a road trip thriller, but what makes is special, is the fact that it boasts of real kind of emotions. As you can see, currently, there is a trend for real kind of films which we can relate very clearly as an audience. This is true for each and every character in the film, be it that of Anushka, Neil or myself. Moreover, our director Navdeep Singh has maintained superb pace throughout the film. As you can see, once the narrative hits the highway, there is no stopping at all (smiles).

The film has a kind of plot that warrants a dark and grim zone to it, isn't it?

But still, it is entertaining nonetheless. The film has seen such good momentum build over the weekend. Audience has changed now; they like different and real kind of films. Recently, Badlapur also got very good reviews and people appreciated the film in a big way. It too was a thriller and a very different kind of film. Now, in NH10, our real characters go very well with the kind of subject, milieu and narrative that we have opted for. It is a much better set up than a regular drama; that's the best part of the film.

Coming to the stage and setting of the film, it is Gurgaon for NH10. As someone who comes from South Delhi and has been living quite close to Gurgaon all these years, how easy was it to get the lingo and the body language right?

(Pauses) Errr, yes, it helped a little way in terms of characterization. But, as you know, in India, body language changes every 40-50 kilometers. In that aspect, Navdeep sir was of very good film. (Laughs) He used to provide us all with this Scorpio SUV and every day we used to roam on it right through NH10. It was a given for us that we would drive 100-150 kilometers every day, just to get the hang of locations and the feel of being on a highway. On the way, we used to meet the villagers and have some informal conversations to understand the body language and accent. All of that helped us to seep in the mood of NH10.

Anushka is the central protagonist in the film. How has your interaction been with her?

When we are acting, then, we know we are acting. So, it was a sub-conscious thought on my part to keep Darshan Kumaar outside the location and be Satbir. Sometimes, people used to think that I was throwing attitude with Anushka around, but that was not the case. I, intentionally, wanted to be Satbir throughout. This is again something that I learnt from Naseer sir, because, when you are shooting, you need to give your 100% and be who you are on screen. That's the beauty of acting.

Since NH10 is totally contrasting to Mary Kom, were you expecting such overwhelming response from the audience?

The way I am getting reviews currently, I tend to believe that people are loving me (smiles). I was a little scared though, as, for audience; it was going to be a shock to see me playing a ruthless angry young man. Now that it has been accepted, it would only give me courage to work harder.