Pakistani actress Ayeza Khan recently shared a video recreating the dance moves of late actress Sridevi on the hit Lata Mangeshkar song, ‘Mere Haathon Mein’, from the 1989 film Chandni which starred Rishi Kapoor as well. The video got viral in no time and won the hearts of her fans. 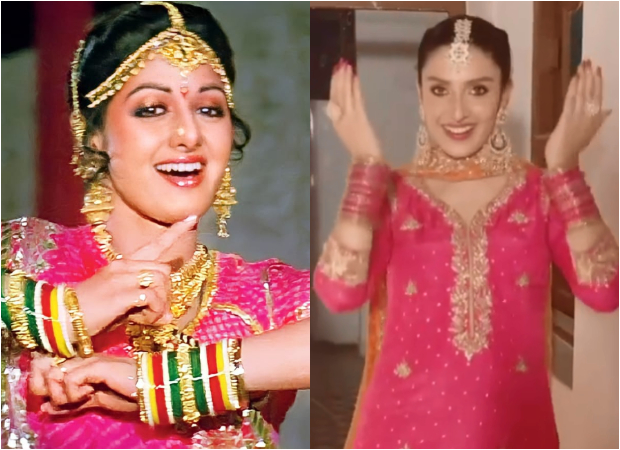 Ayeza is popularly known for her performances in Chupke Chupke, Jab We Wed, Meher Posh among others. She is currently starring in the drama series Laapata. In the show, she is shown as a TikTok girl named Geeti for who has to dress up like Bollywood heroines.

Taking to her Instagram handle, Ayeza shared the video where she can be seen wearing a pink kurta paired with an orange dupatta. She completed her looks with traditional jewellery. "Up next Geeti ki shadi... Are you ready??” she captioned her post.

As soon as she posted the video, the comment section flooded with compliments along with heart emojis. Recently, the actor revealed that late actor Sridevi is her inspiration and she will always be on the top among her favourite actresses.