In one of the most shocking turns of events on stage, comedian-actor Chris Rock was left stunned at the 2022 Academy Awards after Will Smith came on onstage and slapped the comedian across the face. The incident occurred after Rock, who was introducing the award for Best Documentary, poked fun at Jada Pinkett Smith about her hairdo. For unversed, Pinkett is suffering from auto-immune disease alopecia which results in hair loss. 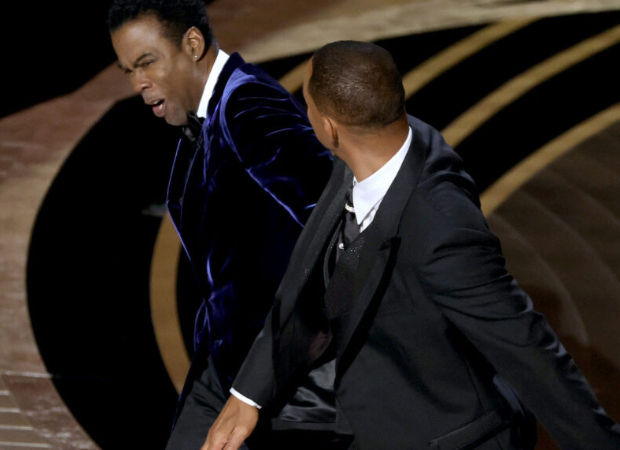 Oscars 2022: Will Smith slaps Chris Rock for distasteful joke made at Jada Pinkett Smith; apologises to The Academy in tear-filled Best Actor speech

Rock said, "Jada, I love ya. G.I. Jane 2, can't wait to see ya." While Smith laughed from his seat at first. Pinkett Smith was unamused and eye-rolled at the joke. Then, Smith took the stage and smacked Rock. "Oh wow," said Rock. "Will Smith just smacked the s--- out of me."

"I'm going to, okay?" Rock replied, before moving on, "That was the ... greatest night in the history of television" and continued to present the award.

Best Actor in a Leading Role goes to Will Smith for his incredible performance in 'King Richard' Congratulations! #Oscars pic.twitter.com/y0UTX48214

Will Smith, later in the night, won the Best Actor award for King Richard. Taking stage, he was overwhelmed. In the tear-filled speech, he said, "In this time in my life, in this moment, I am overwhelmed by what God is calling on me to do and be in this world. ... I'm being called on in my life to love people and to protect people and to be a river to my people."