The British Boyband One Direction featuring Harry Styles, Zayn Malik, Liam Payne, Louis Tomlinson, and Niall Horan kicked off their career after their stint on X-Factor, 10 years ago. The band rose to fame with their breakout song 'What Makes You Beautiful'. Since then, Zayn parted ways with the band as the four members continued their journey before calling it quits. Today, on July 23, the group completes 10 years. 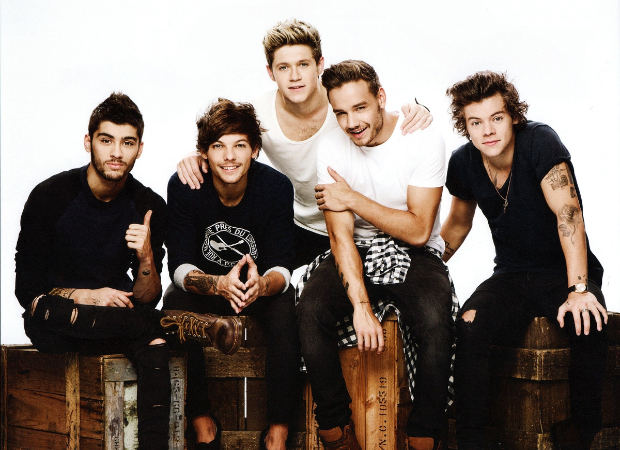 For months, there have been speculations that One Direction members will have a reunion to celebrate their 10th anniversary. While some of the members kept teasing about the reunion, fans became sure of it in June 2020 when Liam Payne, Harry Styles, Louis Tomlinson, and Niall Horan re-followed Zayn Malik on Twitter.

On July 22, One Direction's official social media account posted for the first time since 2018. "Tomorrow! You and me got a whole lot of history #10YearsOf1D," read the post both on Twitter and Instagram on Wednesday. Along with the post, the graphic note read, "10 Years of One Direction."

Tomorrow! You and me got a whole lot of history #10YearsOf1D pic.twitter.com/nwxrm5MSE9

While it's unclear what 1D has in store for the fans, it surely looks very exciting already. To mark the day, we have curated Top 10 music videos of One Direction.

1. WHAT MAKES YOU BEAUTIFUL

The song was featured in their debut album 'Up All Night' that released in November 2011.

This was their second single from the debut album 'Up All Night'  that released in 2011.

This was their third single from the debut album 'Up All Night'.

The song released as the lead single from their second studio album, 'Take Me Home' in 2012.

Released back in 2012, the song featured in their second studio album 'Take Me Home'.

The song was released as the third single from their second studio album 'Take Me Home'.

7. ONE WAY OR ANOTHER (TEENAGE KICKS)

The song was a cover that released as the 2013 Comic Relief charity single. It is a medley of Blondie's 'One Way or Another' and The Undertones' 'Teenage Kicks' that originally released in 1978.

This song was the group's lead single from their third studio album, 'Midnight Memories' (2013).

This was their second single from their third studio album, 'Midnight Memories' (2013).

The song was the third track to release from their third studio album.

The song was dropped as Midnight Memories' fourth and final single in 2013.

It is the lead single from their fourth studio album 'Four' (2014).

The song, released in 2014, became the second and final single from their fourth studio album 'Four'. It was also the last music video Zayn Malik featured in before he announced his departure from the group in March 2015.

'Made in the A.M.' album released in 2015. It marked the first album since the departure of Zayn Malik. This song was the lead track.

It was the second lead single from the group's fifth studio album 'Made in the A.M.' released in 2015. This was the first album as four members.