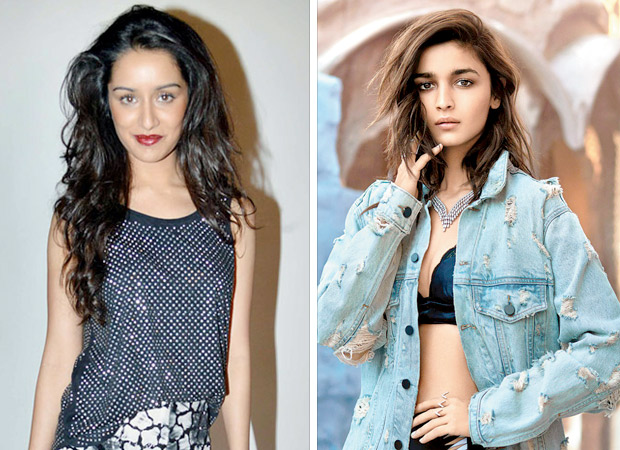 Even though both of today’s gen-next stars viz. Shraddha Kapoor and Alia Bhatt made their debut almost around the same time, one cannot deny the fact that, the latter is a few steps ahead of the former. Always the one to accept other’s success in the same strider as hers, Shraddha Kapoor has time and again proved the true blue heroic mettle she is made up of.

The same was mirrored in her recent interview with a leading publication wherein she made no bones about accepting the fact that she gets very inspired by her contemporary Alia Bhatt. In the same breath, she added that Alia Bhatt was an extremely fine actress and she got inspired when she sees her good work. When asked about her take on her contemporaries, Shraddha Kapoor was candid enough to accept that regardless of who her contemporaries were; one had to give the actors their due credit for their good work and that she always got inspired by their work. When asked about insecurity, Shraddha Kapoor said that she only got insecure about herself and her work.

On the films’ front, Shraddha Kapoor will be now seen in the Apoorva Lakhia directed Haseena – The Queen of Mumbai, which is slated to release next month. The film also stars her brother Siddhanth Kapoor. Besides Haseena – The Queen of Mumbai, Shraddha Kapoor will also be seen in Saina Nehwal’s biopic, which is being reportedly directed by Amol Gupte.