Last Updated 20.09.2021 | 10:38 PM IST
feedback language
follow us on
Bollywood Hungama » News » Bollywood Features News » “As of now Veere Di Wedding is the only film I have on hand” – Sonam Kapoor 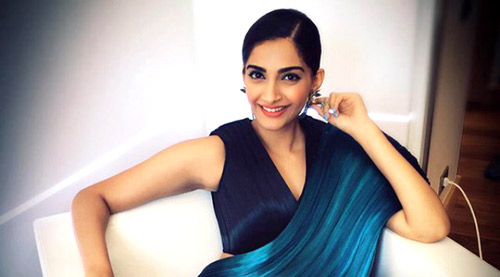 Sonam Kapoor feels blissful and blessed. In an interview with Subhash K Jha she reveals why.

I believe you and your co-stars in the forthcoming Veere Di Wedding are whooping it up?
All four of us actresses Kareena Kapoor Khan, Swara Bhaskara, Shikha Tilsania and I, have been bonding before shooting. We're having ball. We're working on our comic timing and getting the rhythm of the drama correct. When you've talented co-stars you just want to do better. We want to maintain a light hearted atmosphere through the film. When the film gets over we should say, 'Arrey. Ho gaya?'And after seeing the film the audience should say the same.

Is Veere Di Wedding the only film you are doing this year?
Yes, as of now. It is the only film I have on hand. I am looking for inspiring work. After Veere Di Wedding which is a very big film I am looking to do something more intimate. I am really not looking at flooding my career with projects. After Raanjhana I had taken a year and a half off to decide what to do next. The patience paid off.

All your films have taken you forward?
Every film I did after Raanjhana has been rewarding for me. I was in no hurry back then. I am in no hurry now. Every character that I've played has been loved in varying degrees. I don't want to let the audience down at all.

Your dad Anil Kapoor did quality work and a lot of work?
My Dad has a unique space in our film industry. I don't think anyone else can get into that space. I always wanted to be like him. That's the main reason I became an actor.