We all know that Ananya Panday and Shanaya Kapoor have been best friends with Suhana Khan since their childhood. While the latter is shutting between Mumbai and abroad, home and studies, the other two are prepping for their Bollywood career in the city. And recently, Aryan who attended AbRam’s birthday recently, decided to party with siblings Ahaan Panday and Ananya Panday along with the other bestie of Suhana, Shanaya. Photos of the same have started doing the rounds on social media. 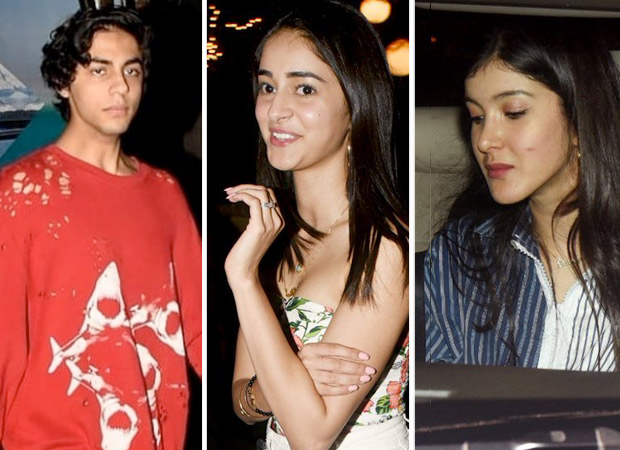 Not Suhana Khan, Ananya Panday and Shanaya Kapoor party the night away with Aryan Khan

While we came across Suhana Khan attending a wedding and dancing the night away, her brother Aryan Khan seem to be busy partying with his and her friends in the city. Not surprisingly, many fanclubs and other pages have been sharing photos of the same on social media. Readers would probably know that Ahaan and Aryan have been childhood buddies and continue to retain their friendship. What also caught our attention was the cast on Ahaan’s hand indicating that Aryan’s bestie is recovering from a recent injury.

Recently, Suhana Khan and Aryan Khan were spotted celebrating their little brother AbRam Khan’s birthday at Taj Lands End in Mumbai along with their parents Shah Rukh Khan and Gauri Khan. That too was a star studded event with many star kids including Taimur Ali Khan, Yash and Roohi Johar.

Also Read: Ananya Panday and Shanaya Kapoor are the most stylish BFFs ever