Bollywood actress and dancing diva Madhuri Dixit is back on the sets of dance reality show Dance Deewane 3. In one of the upcoming episodes, actress and dancer Nora Fatehi will be gracing the show as a guest judge. 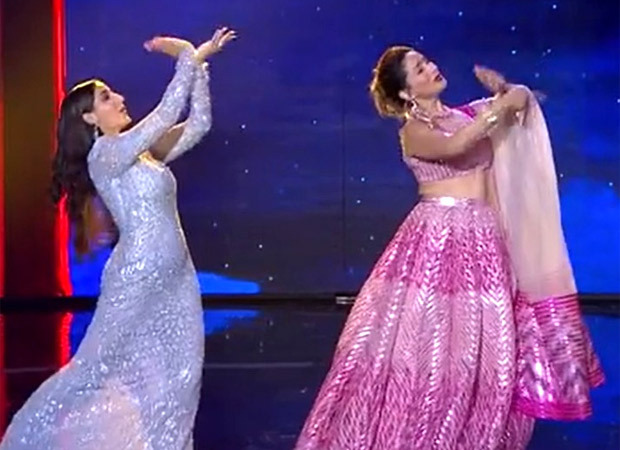 In a teaser video of the upcoming episode, Nora is seen telling Madhuri Dixit that she was the reason that she came to India and she considers Madhuri her inspiration. In the later part of the video, the duo also dance to the song ‘Maar Dala’, where they are seen recreating the iconic step.

Madhuri Dixit stunned in a blush pink metallic lehenga. She kept her styling minimal with silver diamond jewelry with a pink rhinestone and diamond choker along with danglers. Nora, on the other hand, stunned in a silver body hugging gown.

Earlier a video of Nora and Madhuir dancing to the song ‘Mera Piya Ghar aaya’ from the film Yaarana also had gone viral.

ALSO READ: Madhuri Dixit is epitome of elegance in the red sequin saree