Last week, television actor Pearl V Puri was arrested in connection with a rape case of a minor. Several members from the television industry soon spoke in favour of the actor and claimed that the accusations are baseless. 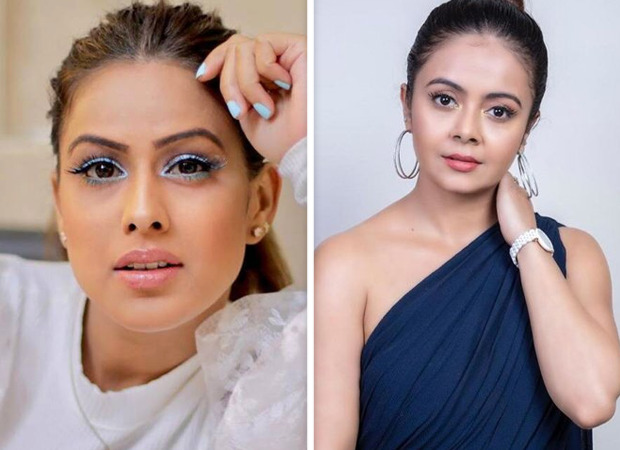 After Pearl's arrest, on seeing the support pouring in for him, Devoleena said that if one wants to show support they should go to the police station or court or go on a strike. She also said that karma will hit back at everyone who has been bad-mouthing the minor who is the victim in the case.

Following this, a heated argument took place on Twitter between actors Devoleena Bhattacharjee and Nia Sharma over their tweets on Pearl. Nia Sharma was among the first to extend her support to Pearl after his arrest. Reacting to Devoleena's tweet on asking people to go on dharna (strike), Nia tweeted, “Didi ko koi bata do dharna and candle march nahi kar sakte pandemic hai abhi bhi (Someone please tell big sister that we cannot have a strike and candle march as the pandemic is still on). Also Didi needs to practice her dance before she makes those pathetic dance reels thinking she’s nailing them.”

Responding to her tweet, on Monday, Devoleena tweeted, “Please Choti ko koi bato do sirf fashion skills dikhane se koi insaan nahi banta hai.Acchi soch aur acche dil ki zarurat hoti hai jiski kami dikh rahi hai (Please tell her that nobody becomes a good human just by showing fashion skills. Good thinking and a good heart is necessary, the lack of which is seen).And whether i nailed my reels or no let my fans decide.Yahan pe bhi judge ban gayee (Here also she has become a judge). Rather focus on your photoshoots.”

“And waise all my tweets were for those who are abusing,trolling & cursing,naming the 7 yrs old girl a gold digger.Mirchi choti ko kyun lagi (Why did she get offended)?Or May be she is one of them who reacts reading articles without checking the truth & facts,” she wrote in a follow-up tweet.

Meanwhile, Pearl V Puri has been sent to 14-day judicial custody for a 2019 rape case. Amid strong support for the actor from his colleagues, the police have said that they have evidence against the actor and that the accusations are not baseless.