Singer and Indian Idol Judge Neha Kakkar got married to Rohanpreet Singh a month ago. The couple is back from their Dubai honeymoon and have been appearing on television shows togethers. They recently shot for an episode of The Kapil Sharma Show. In the promo of the episode, we see that the newlyweds cannot stop complimenting and showering love on each other. 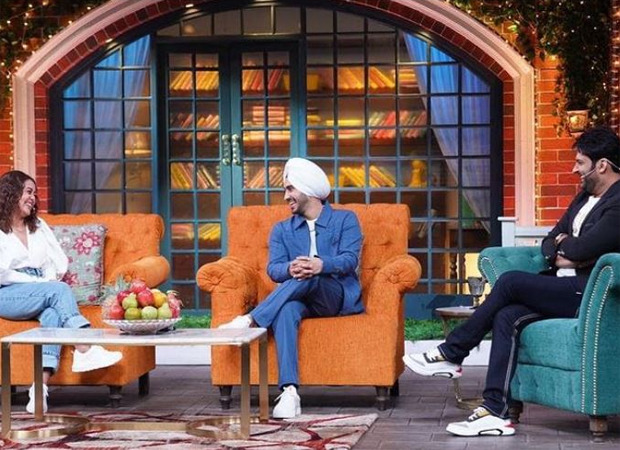 In the promo, Kapil Sharma says , “I told Neha backstage that she is the cutest person I know, but she managed to find an equally cute partner.". Listening to this, Neha hugs Rohanpreet. To this Kapil reacts, "Wasn't the honeymoon enough, that you have started here?".

Later in the promo, Neha and Rohan are seen complimenting each other's smiles and then holding hands. Reacting to this Kapil casually said, "Didn't you guys talk about this on the way here ?". Both, Neha and Rohanpreet break into laughter hearing this.

In the promo we also see that actors Chandan and Sumona dance their way to the stage with a baraat. The two are seen dressed like Kareena Kapoor and Hrithik Roshan from the song ‘Bole Chudiye’ from Kabhi Khushi Kabhi Gham.

ALSO READ: Neha Kakkar gifts a contestant Rs. 1 lakh on Indian Idol 12 after he spoke about the financial constraints