The Bollywood industry is currently in limelight for alleged drug consumption and supply by the members. After the arrest of Rhea Chakraborty two weeks ago, the Narcotics Control Bureau (NCB) is further investigating the matter. During investigation, names of several other prominent Bollywood celebrities also come out. On Tuesday, a few media reports claimed that actress Dia Mirza’s name has also surfaced in the investigation by NCB. 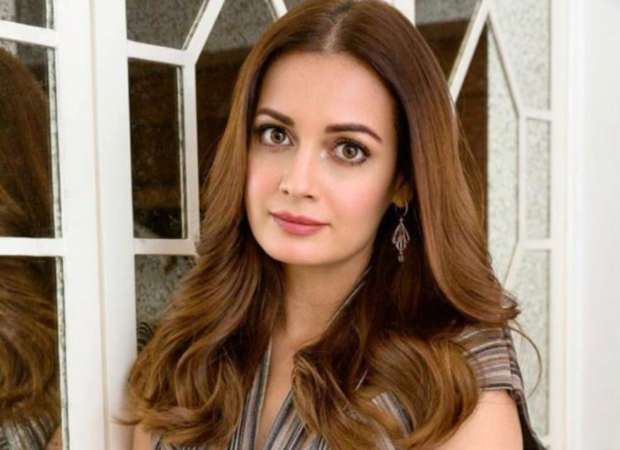 “I have never procured or consumed any narcotic or contraband substances,” clarifies Dia Mirza after reports of being summoned by NCB surfaces

Soon after reports of Dia Mirza surfaced in the media, the actress took to her social media handle to deny the reports and termed them as ‘false’ and ‘baseless’. She took to her Twitter and Instagram story to give out an official statement. “I would like to strongly refute and categorically deny this news as being false, baseless and with mala fide intentions. Such frivolous reporting has a direct impact on my reputation being besmirched and is causing damage to my career which I have painstakingly built with years of hard work. I have never procured or consumed any narcotic or contraband substances of any form in my life. I intend to pursue the full extent of legal remedies available to me as a law abiding citizen of India. Thanks to my supporters for standing by me,” she wrote. 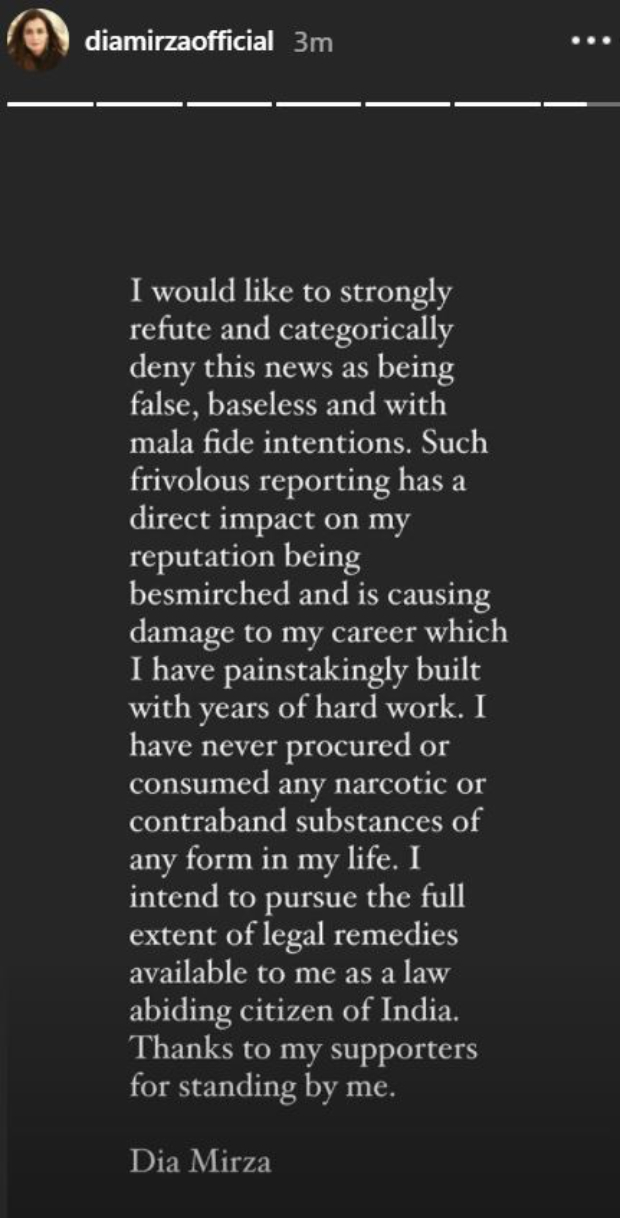 ALSO READ: “Our solutions are in nature”- says Dia Mirza, urges us to give back to nature