In the era of recreating several old iconic songs, the famous 90' popular song 'Yeh Kaali Kaali Aankhein' is all set to get its recreated version. The popular music was composed by Anu Malik and for the same won him the Filmfare Award for Best Music Director. The iconic song has been recreated for Netflix Series Yeh Kaali Kaali Ankhein. 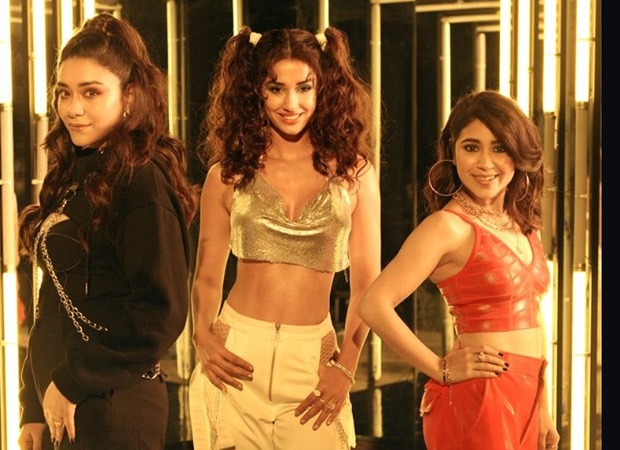 The series revolves around a hapless man stuck in a love triangle. The 8 episode web show has been receiving an overwhelming response from the audience. From memes to viral reels, the Yeh Kaali Kaali Ankhein is making all the noise.

Now, taking fans' excitement to the next level, Netflix released an oh-so-hot video of Disha Patani as she grooves to Yeh Kaali Kaali Ankhein's title track. The dance number is a remix by the makers of the show. Disha dances to the groovy track and even goes on to ask, "Humare friend banoge?"

Helmed by Abbas–Mustan and produced by Venus Movies, Baazigar is a 1993 action thriller film and stars Shah Rukh Khan and Kajol in lead roles while Raakhee, Shilpa Shetty, Dalip Tahil, Siddharth Ray, and Johnny Lever appeared in supporting roles. The movie is based on the 1991 film A Kiss Before Dying. Baazigar had a global theatrical premiere on 12 November 1993, coinciding with Diwali.