Fresh off the resounding success of Sacred Games, for which he walked away with rave reviews, Nawazuddin Siddiqui is in the best phase of his career. While his highly anticipated film Manto was celebrated at the 71st Cannes Film Festival , the star who is overseas for a professional commitment was recently spotted in Rome ,with his post on social media sparking speculation. 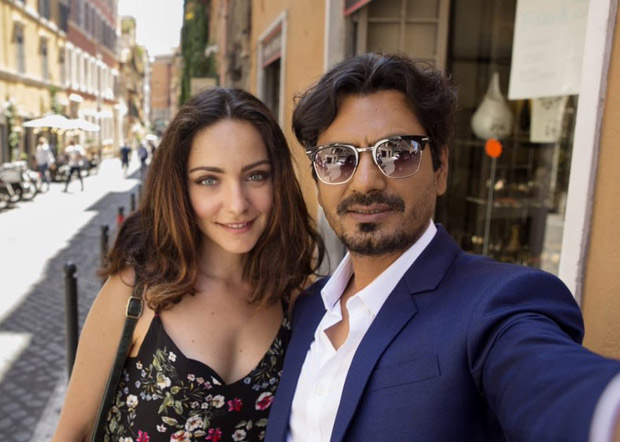 Nawazuddin Siddiqui, earlier today, tweeted an image with a girl with an interesting caption that had everyone intrigued. The picture took the internet by storm with everyone talking about the stunning lady. Says a source, "Nawazuddin has been shooting on a tight schedule and recently took off to an undisclosed location . While his recent posts hints at the star being in Europe, everyone has been speculating on who the girl in the image is.” “Ye Ladki mere ' रोम रोम में ' hai,” Nawazuddin wrote alongside the photo whilst they posed at the picturesque location.

Nawazuddin Siddiqui is currently basking in the glory and success of his recent Netflix web series, Sacred Games. The actor plays the gangster Ganesh Gaitonde in the show alongside Saif Ali Khan and Radhika Apte.