One of the most popular reality shows that seems to have held its connect with its audience is Dance India Dance on Zee TV. The show has been providing number of people with a global platform to showcase their dancing talent. Many franchises of Dance India Dance have been aired over the years and the recent ongoing one is DID L'il Masters Season 5 with Mouni Roy, Remo D’Souza, and Sonali Bendre turning judges. The show features some performers who have been showcasing their sheer passion and love towards dance through their acts. While the race to the finale has just begun, its recent episode featured a special gesture that left workers of the state happy and thrilled. 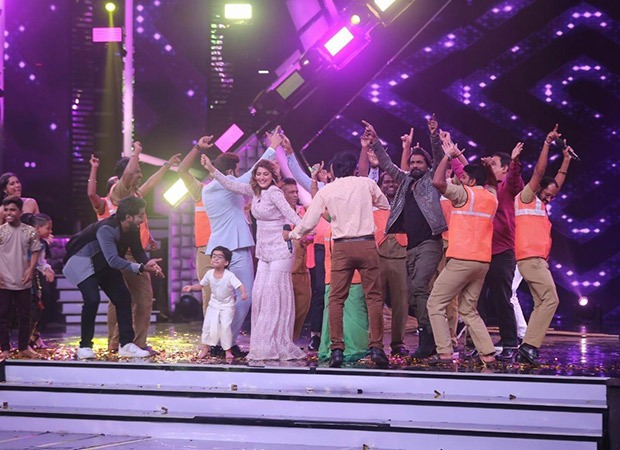 Mouni Roy, Remo D’Souza, and Sonali Bendre groove to ‘Zingaat’ with BMC workers on the sets of DID L’il Masters Season 5

Contestants of DID L'il Masters Season 5 are going all out to present their best performances in front of the judges and the audience. During the recent shoot, a few fans also got an opportunity to appear on the show and support their favorite contestant in a bid to motivate them to win the show. The said fans were hardworking BMC workers who came to the sets of the kids reality show to shower their love and support for Adhyashree. On the other hand, a specially-abled child Tanhank also appeared on the show to support Appun. The young contestants put up some enchanting acts for their fans and made them smile. However, all of them were in for an even bigger surprise as the judges Mouni Roy, Remo D’Souza and Sonali Bendre brightened up everyone’s day as they grooved along with the BMC workers on the popular dance number ‘Zingaat’ which was recreated from Marathi movie Sairat, in Hindi movie Dhadak. 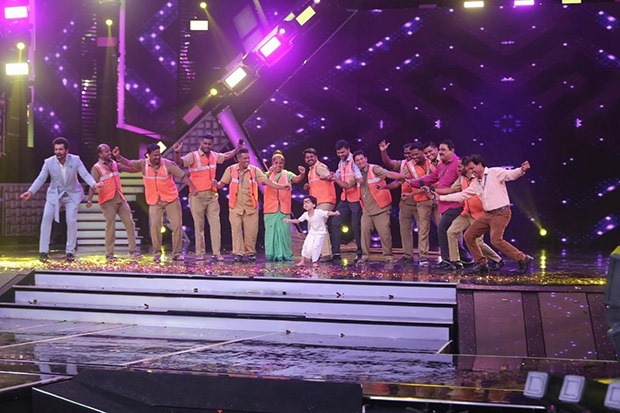 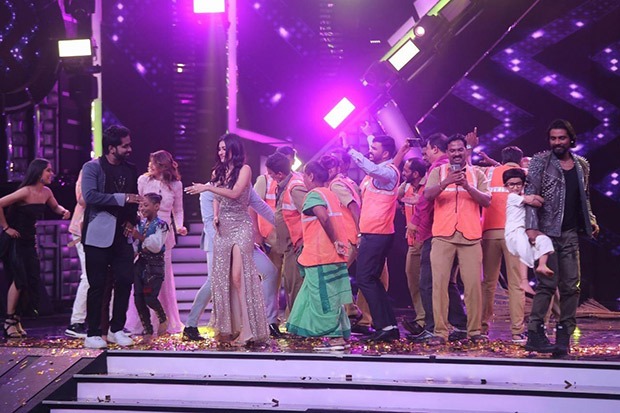 The specially-abled child Tanhank also had a gala time performing to the Akshay Kumar track ‘Shaitan Ka Saala’ (Housefull 4) with his favourite – Appun. While all the fans had a wonderful time meeting their favourite contestants, we can also see that the DID L’il Masters contestants are currently performing ver hard as the finale is nearing!

Also Read: “For the very first time, kisine meri nazar utari, that too on the stage of DID L’il Masters,” says judge Sonali Bendre