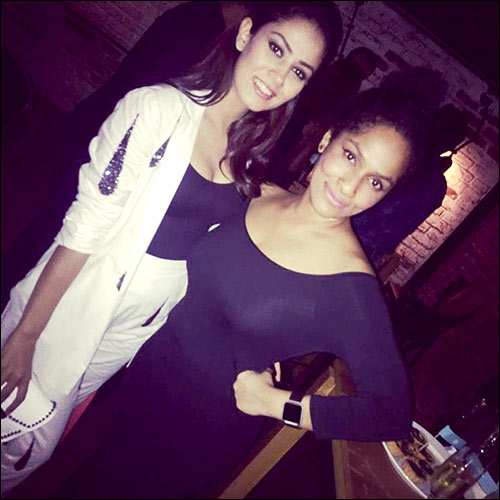 It's been more than a month since the rumours of Shahid Kapoor and Mira Rajput turning parents have been doing the rounds. Though neither of them have gone public with the news, the speculations failed to stop and now, a post by their best friend Masaba Gupta has only fueled it up further.

During the recently held Lakhme Fashion Week, while Mira Rajput made her debut on the ramp, a picture of her and Masaba was posted by the latter on her Instagram page with the caption, "Two M's and a Bum #sayheytobey - little M ??" The mention of a certain 'little M' in this post has only further added to these ongoing pregnancy rumours. Prior to this, when Mira made a public appearance at the event in an anarkali, once again there were speculations about a baby bump.

On the other hand, actor Shahid Kapoor has maintained silence on the same. He has been busy shooting for Rangoon in Mumbai and recently wrapped up a schedule for the same in Arunachal Pradesh.