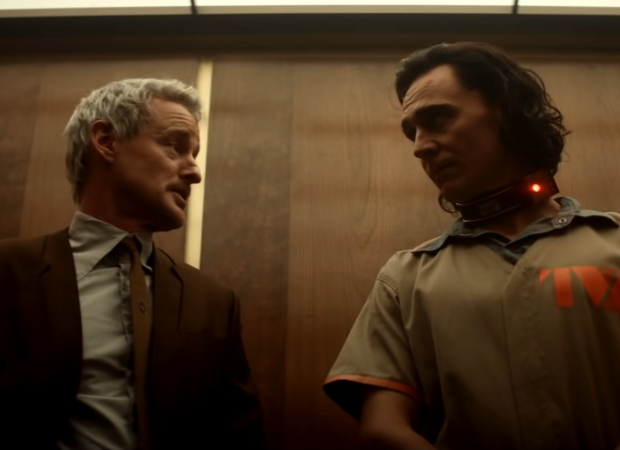 In the new clip, the God of Mischief is joined by Agent Mobius, a TVA employee — that’s the Time Variance Authority for those who haven’t been debriefed yet. As you can probably imagine, Loki’s less than thrilled to be here, especially considering Mobius is taking him somewhere to talk which...Loki doesn’t like to do? Come on, we all know that’s a lie. It’s also quickly confirmed as a lie, because all Loki does is “talky-talky” as he and Mobius weave through the halls of the TVA. With each new step, Loki realizes the situation he's in is more and more absurd. Mobius, though, barely seems fazed by anything, including the giant space lizards controlling all of the time.

Marvel Studios’ Loki features the God of Mischief as he steps out of his brother’s shadow in a new series that takes place after the events of Avengers: Endgame. Tom Hiddleston returns as the title character, joined by Owen Wilson, Gugu Mbatha-Raw, Sophia Di Martino, Wunmi Mosaku, and Richard E. Grant. Kate Herron directs Loki, and Michael Waldron is the head writer.  The all-new, original series debuts exclusively on Disney+ Hotstar Premium on June 9, 2021.