Cinema has always been a directors’ medium. There have been instances wherein films have worked at the Box-Office merely because of the star-power of several superstars, but often; it is the content and directors’ vision that contributes to the commercial success of the film. While the opening day and weekend collections of the film are attributed to the star-power, the collections in the long run depends on how well the director has treated the subject. Off late, films like Baahubali 2 – The Conclusion, Padmaavat, and Sanju proved how much value a director adds to the film. 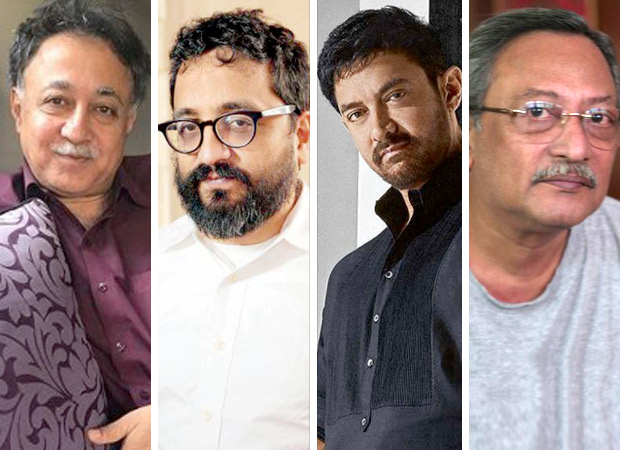 Over the last few decades, directors like Rajkumar Hirani, Sooraj Barjatya, Rohit Shetty, Sanjay Leela Bhansali, Karan Johar, and Aditya Chopra established themselves as a brand by associating themselves with a certain kind of cinema. On the other hand, there have been several directors who showed the promise, but suddenly disappeared. Here’s a look at some of them:

He made his Hindi film debut in 1999 with Sarfarosh, which in my opinion is one of the finest films starring Aamir Khan in lead. The film had a subtle political commentary balanced with the right amount of action and thrill. Just like Aamir Khan, even Matthew is a perfectionist as he devoted over 7 years of his life to Sarfarosh. After the success of Sarfarosh, he directed Shikhar, however that film didn’t do well at the Box-Office. Since Shikhar, the director hasn’t really got the chance to direct another Hindi film with an established star. He directed a film called New Love Isshtory starring Himesh Reshammiya, however that film didn’t find a theatrical release. In 2017, Matthew revealed that he is working on the script of Sarfarosh 2, however we have not heard anything on that further.

After the success of Dhoom, Sanjay Gadhvi became the director to watch out for in the Hindi film industry. He made Dhoom 2 with Hrithik Roshan and even that film proved to be a winner, however after that he moved out of the YRF camp and couldn’t find any success. He directed films like Kidnap and Ajab Gazab Love, and both the film failed at the ticket window. He showed the promise with Dhoom and Dhoom 2, which remain two of the best films from the franchise, and it would be amazing if YRF can get him back to direct Dhoom 4. As they say, some franchises are the best when directed by the person who started it. 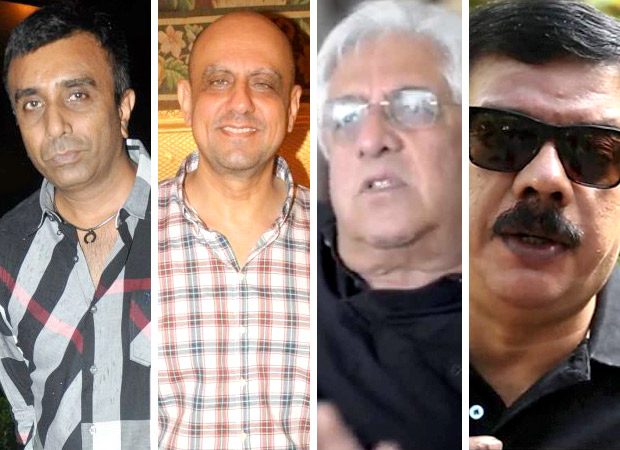 Shimit Amin is a master when it comes to story-telling. Be it Ab Tak Chappan, Chak De India or Rocket Singh: Salesman of The Year - he came up with a unique concept and narrated it in an extremely entertaining manner. While the three films were directed by him in a span of merely 5 years i.e. from 2004 to 2009, he has been on a sabbatical since Rocket Singh: Salesman of The Year. Last when the author spoke to the director in 2017, he promised that a feature film will soon be announced under the Yash Raj Banner, and it would mark his comeback in the Hindi film industry. We are waiting to see the return of Shimit Amin.

Mansoor Khan made his Hindi film debut with Qayamat Se Qayamat Tak and was rewarded with a National Award for providing wholesome entertainment. His directorial debut paved way for romantic genre in Bollywood and followed it up with Jo Jeeta Wahi Sikander which has managed to get a cult status from the audience over the year. However, after showing a promise in these two films, Khan directed Akele Hum Akele Tum and Josh which failed to strike the chord with the audience. After Josh, Mansoor decided to take a sabbatical from the industry and took up farming. At the Mumbai Film Festival held a couple of years back, Aamir Khan requested Mansoor Khan to make a comeback in the industry as a director, however there isn’t any positive sign as far as his comeback is concerned.

Rajiv Rai is known to be the pioneer of the action thriller genre in the Hindi film industry. He is best known for iconic films like Tridev, Vishwatma, Mohra, and Gupt. After delivering immensely successful films in the action thriller genre, Rai flew to UK with his family in 1997 due to constant threat from the underworld. He decided to make a comeback in the Hindi Film Industry in 2001 with a romantic film titled Pyaar Ishq Aur Mohabbat, however the film sank without a trace at the Box-Office. He tried his hand yet again at the thriller genre with Asambhav in 2004; however that film couldn’t really work at the ticket window. Since then, we have not heard anything about the director who has 4 iconic films under his name.

Aziz Mirza made his Hindi film debut with Raju Ban Gaya Gentleman and formed a formidable partnership with Shah Rukh Khan. Although their first venture wasn’t a huge success, their subsequent films i.e. Yes Boss and Chalte Chalte were Box-Office hits. His films had the spark with a blend of romance and humour, which gave them a repeat audience. In his career, Mirza directed 5 films i.e. Raju Ban Gaya Gentleman, Yes Boss, Phir Bhi Dil Hai Hindustani, Chalte Chalte and Kismat Connection, of which three films proved to be successful. After Kismat Connection, Mirza disappeared from the film industry and has maintained a low profile. Probably the age factor is keeping him away from film direction.

The comedy king Priyadarshan has directed dozen of successful films in Hindi and a lot of them came with Akshay Kumar in lead. His successful films include Virasaat, Hungama, Hulchul, Garam Masala, Malamaal Weekly, Chup Chup Ke, Bhagam Bhag, Dhol, Bhool Bhulaiyaa and De Dana Dan to name a few. However, after De Dana Dan, he directed 6 films namely Bum Bum Bole, Khatta Meetha, Aakrosh, Tezzz, Kamal Dhamaal Malamaal and Rangrezz and all the films proved to be unsuccessful ventures. After string of flops till 2013, Priyadarshan took a break from the Hindi film industry and concentrated on the regional cinema wherein he delivered several successful films with Mohanlal. Since last few months, there have been rumours of the director teaming up with Abhishek Bachchan on a comedy film, however there has been no official word on the same yet. It would be exciting to have the comedy film back in Bollywood as a 5-year break is more than enough to reinvent.

The last on this list is Mr. Perfectionist, Aamir Khan. Although he is totally involved in the creative aspects of most of his films, he has been credited as a director just once i.e. Taare Zameen Par. The film was a roller-coaster of emotions wherein Aamir made the audience feel for the pain of the lead character. Taare Zameen Par was considered as of one the finest film of 2007, and ever since then people have been looking forward to see Aamir Khan direct another film. The actor in the past has revealed that he has a script in place for his next directorial and that has been titled Barf. The actor also confirmed that he would direct the film once he gets some time off from his acting commitments. Well, we are eagerly looking forward to see what Aamir Khan has to offer from his second directorial venture.

Also Read : “I always ensure that if I am signed in a film, there is no loss” – Aamir Khan