Bollywood stunner Malaika Arora is back judging the reality show Supermodel of the year season 2, recently appeared in the promo of the show in style. The actress will be seen judging the show alongside experts Milind Soman and Anusha Dandekar. 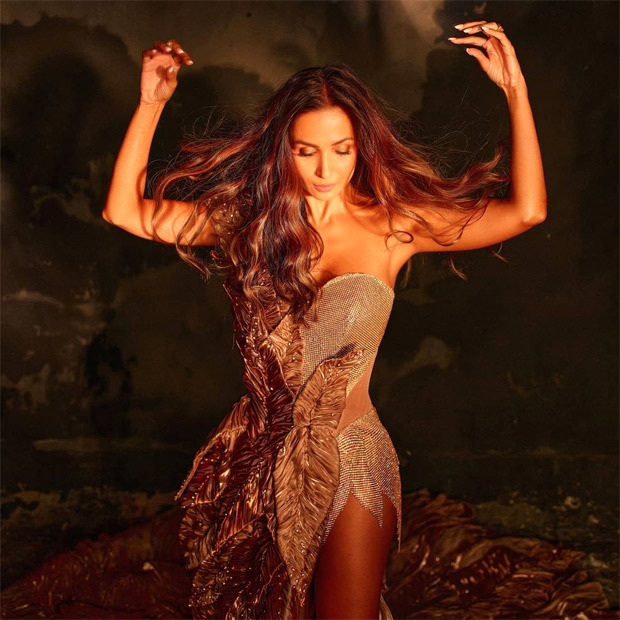 Recently the actress shared the promo video where she can be seen introducing herself as a mother and a supermodel. Talking about her look, the actress was seen donning a beautiful golden leafy gown. The gown featured a two patterned gown, at one side it featured floor length leafy design pattern and at other a body-con playsuit fit. The floor length side featured golden leaf and the other side featured silver coloured embroidery leaf pattern with a side waist cut. This strapless leafy dress was from designer Patrycja Kujawa.

The actress went all glam with the look, as she teamed her look with silver embroidered heels. Keeping her makeup very subtle with dewy base and lots of highlighter and hair all open. She posed for the camera sensationally.

On the work front, the actress will be seen judging Supermodel of the year 2 alongside Milind Soman and Anusha Dandekar.

Also Read: Supermodel of the Year 2 promo: Milind Soman, Malaika Arora, and Anusha Dandekar look smoking hot as they promote ‘Be unapologetically you’