Malaika Arora and Arjun Kapoor are absolute couple goals with their social media posts. The duo started dating a couple of years back and have openly admitted to being together. Making heads turn with their mushy captions, Malaika Arora’s recent Instagram post has left her fans in awe of the two. 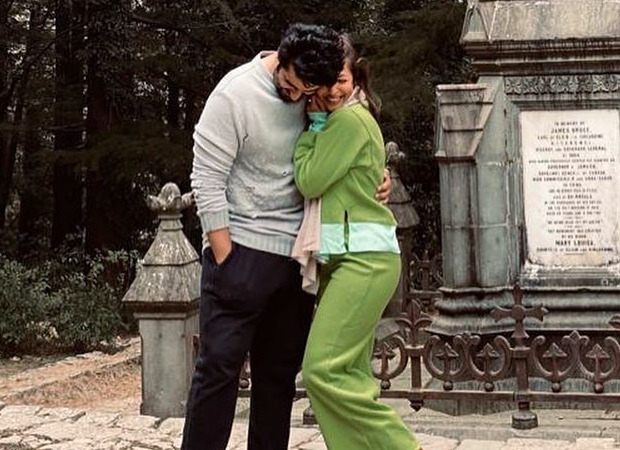 Malaika Arora had accompanied Arjun Kapoor on his Dharamshala’s shooting schedule for Bhoot Police. With Saif Ali Khan being one of the leads, Kareeena Kapoor Khan and Taimur Ali Khan had also accompanied him. Sharing a cute picture where the couple is seen candidly laughing, Malaika Arora wrote, “Never a dull moment when ur around .....”

Also Read: “It’s actually refreshing to be outdoors and shooting for a film”, says Arjun Kapoor about Bhoot Police