Priyanka Chopra has been enjoying her marital bliss with Nick Jonas and the actress has time and again expressed about how happy she is to have him in her life. In fact, she has equally showered love on his family too as the Jonas tribe is often seen going for vacations and even working together in music videos. And the actress seems to not mind one bit! In fact, she lets her hair down whilst partying with the Jonas family and she recently partied in desi style when she visited Pennsylvania with Nick, his brothers and their partners. 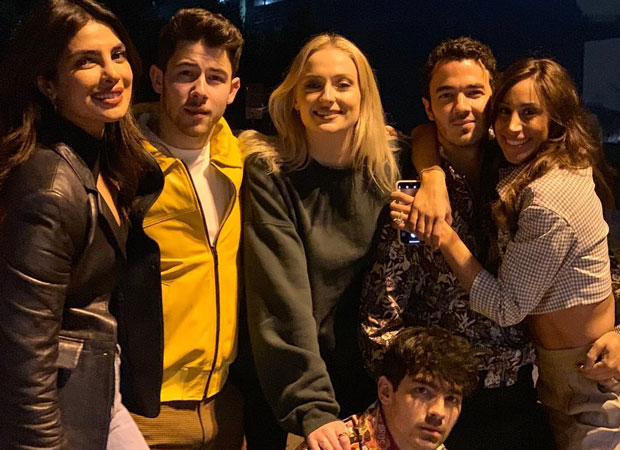 We all know that Priyanka Chopra has partied the night away when she visited State College, Pennsylvania where the Jonas brothers performed. In fact, we even saw some videos of the same doing the rounds on social media earlier this week. Amongst them here’s one video where the actress is seen showing off her Bollywood side as she dances to the beat of American music but in ‘Gallan Goodiyan’ style. And not just that, her sisters-in-law Danielle Jonas and Sophie Turner too decided to dance in a similar style, repeating those steps. Here’s a look at the video.

A post shared by Imperfect Perfections (@priyankachopra_globe) on Apr 6, 2019 at 4:29am PDT

Also, another set of videos too started trending on the platform with many other glimpses from the said party.

A post shared by Imperfect Perfections (@priyankachopra_globe) on Apr 6, 2019 at 4:31am PDT

A post shared by Imperfect Perfections (@priyankachopra_globe) on Apr 6, 2019 at 4:33am PDT

On the other hand, Priyanka Chopra will next be seen in The Sky Is Pink starring Farhan Akhtar and Zaira Wasim. It is directed by Shonali Bose and it is expected to release on October 11 this year and it is inspired by real life incidents.