In the olden days, there was a common joke in the trade that the producer of a flop film would say, “But my film is doing super-hit business in Bihar!” But like the proverbial story of ‘crying wolf’, there was occasionally some truth in a film doing region-specific good business, like Dil Ka Rishta (2003) doing well only in Gujarat or some action thrillers performing well in the Northern circuits. Singh Is Kinng (2008) and the recent Jug Jugg Jeeyo also did well in Punjab but did not impress elsewhere. There was also the matter of local identification, as a gangland film like Satya (1998) did well in the Mumbai circuit and fared disappointingly elsewhere.

The latest film that is said to have achieved this is Laal Singh Chaddha, which is a colossal disaster in India. Says Yusuf Shaikh, Head, Feature Films Distribution, Acquisition and IPR Management of Percept Pictures: “Laal Singh… has become the highest-grossing Hindi film of 2022 overseas. It has done a business of Rs 60 crore. But that is not a great amount, especially by Aamir Khan’s film standards.” Agrees trade analyst Taran Adarsh: “The fact is that, even abroad, Laal Singh Chaddha has underperformed.”

What explains the difference between Indians back home and NRIs when it comes to film reception? Says Shaikh: “There is a captive audience waiting for Hindi films over there! They are hungry for Indian cinema, and they also connect with certain brands, like Yash Raj Films, Dharma Productions, Rajshri Productions and even Excel Entertainment. On weekends, the audience would love to go watch the latest Hindi film, and they prefer star-studded movies with songs and family values.”

Vinod Mirani, a senior trade analyst, refutes the claim and says, “The Indian audiences abroad, come USA, UK, Dubai or anywhere, are straitjacketed by budgets. The pricing of tickets overseas starts around $15. And there is a lot more to do there — in Indian entertainment alone, there are shows as well. So they will watch only movies that have a good buzz. Families have many other things to do, starting even with good English films!”

Taran Adarsh also contradicts Shaikh’s claim of a “captive” audience willing to lap up anything, and says, “Primarily, it is content that matters—an action-oriented Dilwale will never do as well as a Kabhi Alvida Na Kehna, for example. Then it is also certain stars — all the Khans, Hrithik Roshan, Ranbir Kapoor and Ranveer Singh, who are their favourites. Akshay Kumar and Ajay Devgn, however, are appreciated only as per to their movies’ content, like Good Newzz did brilliant business.” 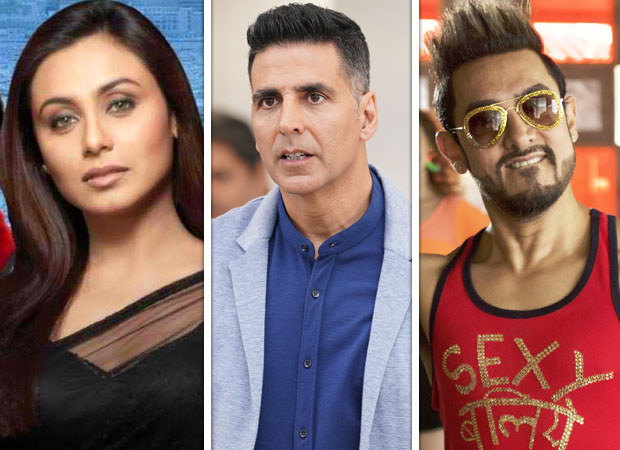 But he does mention that the audience there is what is known as a “class” audience. “The subject of a film like Kabhi Alvida... was rejected by audiences in India. But over there, the audience went for the content—they understood the look at marriages and divorces. The same applies to My Name Is Khan and Secret Superstar, which interestingly did brilliant business in China. The audience there thus also looks beyond the typical Hindi film, towards mature subjects.”

A senior trade analyst, on condition of anonymity, scoffs at the collection figures, especially in China, of Secret Superstar, dismissing them as “Aamir Khan’s PR machinery, because no media or audience can check them even if they do have the inclination. But I look only at actual figures.” Adarsh, however, insists that the film did garner great success, and did exceedingly well even in the US and Australia, to give just two examples, despite underperforming in India.

This analyst maintains that the dull phase is also because the novelty of a star has worn off. “When stars are seen everywhere and are accessible even on a mobile phone, how can people retain the desire to watch them. Earlier, everyone was interested in their life, now all that is known!”

Shaikh notes that Yash Raj Films, Dharma Productions, Rajshri Productions and Excel Entertainment “tailor most of their films for a foreign audience.” Again, Adarsh denies this, and explains, “Any banner cannot afford to alienate the huge Indian market. Let me tell you that business done overseas, however good — and with some films it is exceptional cannot change the verdict on a film! The Indian business is what matters. Yes, maybe some filmmakers experiment with certain themes that our audiences don’t end up appreciating or identifying with, but in the end, it is the Indian business that matters!”

In most cases, therefore, there is a confluence of thoughts among viewers. “When 83 flopped over here, it underperformed even overseas. But while Happy New Year was a “plus” (it made nominal profits) film here, it did much better overseas,” notes Adarsh. He does accept that certain banners and filmmakers have a branding there. But again, it is about content. A film like Gangubai Kathiawadi (dismissed by some authorities as a flop in India in terms of return on investment — the vital index all through) was fabulous, especially because of Sanjay Leela Bhansali’s branding.

In the olden days, Raj Kapoor was one filmmaker who had a ready audience (after Awara) in Russia and was also known elsewhere. His films like Jagte Raho (1956) and Mera Naam Joker (1970), which failed miserably at home, did super business overseas, while his Indian blockbusters Sangam, Bobby and Ram Teri Ganga Maili went on to do epic business abroad. Shaikh points out, “I remember when Rajesh Khanna’s superstardom ended, he still continued to be a powerful force overseas for some years!”

In the final analysis, we come across certain indisputable facts:

90 percent of Hindi films abroad are watched by the Indian diaspora (Indians, Pakistanis and a few other South Asians) alone. The markets for a global audience have still not opened up.

Content rules, and family entertainment with songs, dances and stars are top priority.

And yet, “class” content like Kabhi Alvidaa Na Kehna or My Name Is Khan, which are rejected outright in India, are also liked.

Certain stars and top filmmakers do have a branding and higher appeal there. Still, an Aamir Khan can be rejected for Laal Singh Chaddha after a good opening, and Shamshera can be junked despite the Yash Raj Films-Ranbir Kapoor combination.

The biggest truth is that foreign business, in the final analysis, cannot change the verdict on a film, business-wise. Ultimately, there is just a quantitative difference.

And, as always, a few exceptions prove the rule!