Kangana Ranaut and Ekta Kapoor's show Lock Upp's first episode has created quite a stir already. With brutal and blatant allegations thrown at celebrity contestants mercilessly, the show's concept is one of a kind and surely makes for an interesting watch for people who want to see their favourite stars on their off-screen and unfiltered. 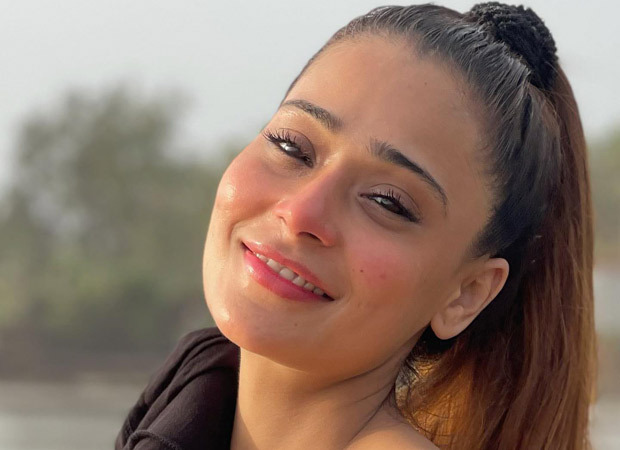 The first episode saw the introduction of all the contestants, and one of them is actress Sara Khan, who left the audience impressed with her magnetic personality and witty replies. Read on to know how the actress handled the allegations thrown at her by the media panel that was invited to openly question the contestants around their infamous controversies.

When the pretty actress was asked about her past controversies, she was quick to hit back with pure optimism and grace. She said, "Koi bhi ladki ye cheezen enjoy nahi karengi. Jab mera already industry me number-one show ke saath (Bidaai) launch hua, uske baad mujhe zarurat nahi thi ki ye cheap stunt karne pade. Ek normal ladki ki tarah pyaar kiya, ek normal ladki ki tarah chaaha ki shayad shaadi hogi aur it will be like how every girl thinks. Par mere saath waisa nahi hua. Wo ladki ko kisi ne nahi dekha ki wo kya go-through kar rahi rahegi". (No girl enjoys controversies. When I was already launched through the industry's number one show (Bidaai), I didn't need to do cheap publicity stunts. I loved just like a regular girl and just like a regular girl, I hoped my marriage would be just like one would hope. But that never happened. And no one ever thought what I would be have been going through)

Well, Sara is off to a great start, and sure looks like she's all set to take the show by storm. We do hope the actress, as she wishes, is able to reclaim herself through this show and show people the 'real Sara'.