Sara Ali Khan and Kartik Aaryan have been written about a lot, thanks to a very public admission by Sara that she has a CRUSH on Kartik and that she finds him very cute. Time and again, Ranveer Singh, Kriti Sanon and the ENTIRE media tried to set them up but the twist in this interesting equation when Kartik was seen spotted with his Pati Patni Aur Woh remake co-star Ananya Panday enjoying movies and dinner. Soon after, we told you that Kartik and Sara have been actually roped in for Love Aaj Kal 2 and the flick also has Saif Ali Khan! So now, a video is doing rounds where Sara is seen Kartik in what looks like, a pub. Netizens are claiming that it is a leaked scene from Love Aaj Kal 2. Check the scene out right here. 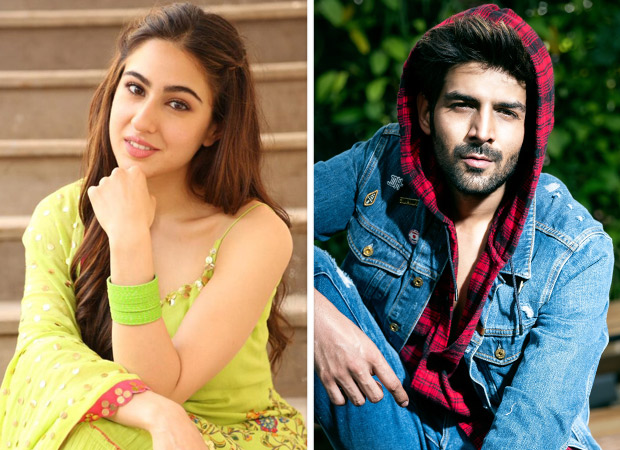 OMG! Finally we can see Kartik and Sara together in one frame and that's also a HOT kissing scene& @TheAaryanKartik #KartikAaryan #SaraAliKhan pic.twitter.com/eWuzDTFp5T

On a professional front, Kartik came out victorious again with Luka Chuppi alongside Kriti Sanon. He will be seen with Bhumi Pednekar and Ananya in Pati Patni Aur Woh remake. There is a rumour that he is soon signing a Karan Johar flick. Sara, who made the right noise, from very early on in the industry has been flooded with offers but according to reports, there isn’t any other movie that she has signed besides Love Aaj Kal 2.